in conversation with ERIC BEERBOHM

Harvard Book Store's virtual event series and the Edmond J. Safra Center for Ethics welcome MATHIAS RISSE—Lucius N. Littauer Professor of Philosophy and Public Administration and Director of the Carr Center for Human Rights Policy at Harvard University—for a discussion of his latest book, On Justice: Philosophy, History, Foundations. He will be joined in conversation by ERIC BEERBOHM, Professor of Government and Faculty Affiliate in the Department of Philosophy at Harvard University and author of In Our Name: The Ethics of Democracy.

While payment is not required, we are suggesting a $3 contribution to support this author series, our staff, and the future of Harvard Book Store—a locally owned, independently run Cambridge institution. In addition, by purchasing a copy of On Justice on harvard.com, you support indie bookselling and the writing community during this difficult time.

Though much attention has been paid to different principles of justice, far less has been done reflecting on what the larger concern behind the notion is. In this work, Mathias Risse proposes that the perennial quest for justice is about ensuring that each individual has an appropriate place in what our uniquely human capacities permit us to build, produce, and maintain, and is appropriately respected for the capacity to hold such a place to begin with. Risse begins by investigating the role of political philosophers and exploring how to think about the global context where philosophical inquiry occurs. Next, he offers a quasi-historical narrative about how the notion of distributive justice identifies a genuinely human concern that arises independently of cultural context and has developed into the one we should adopt now. Finally, he investigates the core terms of this view, including stringency, moral value, ground and duties of justice.

Praise for On Justice

"What an achievement! By its panoramic sweep of time and space, historical epochs and alternative continental traditions, Risse's extraordinary book brings home the provinciality of the most previous philosophical accounts of justice. This is a work that dramatically raises the bar for all future attempts to explore this central moral and juridical ideal of our increasingly global civilization." —Charles W. Mills, Distinguished Professor, The Graduate Center, CUNY

"A grand synthesis of philosophy, social science, and history – and a deep meditation on justice and method, this book will richly reward everyone contemplating how humans should live together." —Leif Wenar, author of Blood Oil: Tyrants, Violence, and the Rules that Run the World

‘Risse tells a tale—'the great tale of humanity'—that is incisive, insightful, erudite, and philosophically fascinating. The book is a delight to read and a major contribution. Whether or not they ultimately accept it, political philosophers will have to grapple with Risse's ‘grounds-of-justice' view.' —Daniel Brudney, Department of Philosophy, The University of Chicago 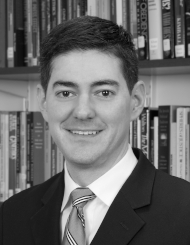 Eric Beerbohm is Professor of Government and Faculty Affiliate in the Department of Philosophy at Harvard University. He serves as Chair of the Committee on Degrees in Social Studies and Faculty Dean at Quincy House. His philosophical and teaching interests include democratic theory, political ethics, theories of social equality, and the philosophy of social science. His previously published and forthcoming books include In Our Name: The Ethics of Democracy, Gaslighting Citizens, and If Elected: The Ethics of Lawmaking and Campaigning. A Marshall Scholar, Truman Scholar, and Mellon Fellow in the Humanities and Social Sciences, he received his Ph.D. from Princeton University in 2008, B.Phil. in Philosophy from Oxford University, and BA in Political Science and the Program in Ethics in Society from Stanford University. 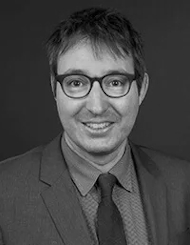 Mathias Risse is the Berthold Beitz Professor in Human Rights, Global Affairs, and Philosophy and the director of the Carr Center for Human Rights Policy at Harvard University. His work primarily addresses questions of global justice ranging from human rights, inequality, taxation, trade and immigration to climate change, obligations to future generations and the future of technology, especially also the impact of artificial intelligence on a range of normative issues. Risse is the author of On Global Justice and Global Political Philosophy, as well as On Trade Justice: A Philosophical Plea for a New Global Deal, with Gabriel Wollner.