Those We Throw Away Are Diamonds:
A Refugee's Search for Home

in conversation with JENNA KRAJESKI

Harvard Book Store's virtual event series welcomes celebrated writer, human rights activist, and refugee ambassador MONDIANT DOGON for a discussion of his debut memoir, Those We Throw Away Are Diamonds: A Refugee's Search for Home. He will be joined in conversation by acclaimed journalist JENNA KRAJESKI, the book's co-author.

While payment is not required, we are suggesting a $5 contribution to support this author series, our staff, and the future of Harvard Book Store—a locally owned, independently run Cambridge institution. In addition, by purchasing a copy of Those We Throw Away Are Diamonds on harvard.com, you support indie bookselling and the writing community during this difficult time.

About Those We Throw Away Are Diamonds

One day when Mondiant Dogon, a Bagogwe Tutsi born in the Democratic Republic of Congo, was only three years old, his father’s lifelong friend, a Hutu man, came to their home with a machete in his hand and warned the family they were to be killed within hours. Dogon’s family fled into the forest, initiating a long and dangerous journey into Rwanda. They made their way to the first of several UN tent cities in which they would spend decades. But their search for a safe haven had just begun.

Hideous violence stalked them in the camps. Even though Rwanda famously has a former refugee for a president in Paul Kagame, refugees in that country face enormous prejudice and acute want. For much of his life, Dogon and his family ate barely enough to keep themselves from starving. He fled back to Congo in search of the better life that had been lost, but there he was imprisoned and left without any option but to become a child soldier.

For most refugees, the camp starts as an oasis but soon becomes quicksand, impossible to leave. Yet Dogon managed to be one of the few refugees he knew to go to college. Though he hid his status from his fellow students out of shame, eventually he would emerge as an advocate for his people.

Rarely do refugees get to tell their own stories. We see them only for a moment, if at all, in flight: Syrians winding through the desert; children searching a Greek shore for their parents; families gathered at the southern border of the United States. But through his writing, Dogon took control of his own narrative and spoke up for forever refugees everywhere.

As Dogon once wrote in a poem, “Those we throw away are diamonds.”

Praise for Those We Throw Away Are Diamonds

“A difficult dive into one of the bloodiest genocides in modern history leading to years of continuous suffering as a refugee. Dogon brings back to life the inhumanity he faced in order to open the hearts and minds of its readers connecting them to those who have been disconnected by unimaginable tragedy.” —Atia Abawi, author of A Land of Permanent Goodbyes

“A harrowing story told with wisdom and grace, in a crisp, sensory style that instantly transports. From the first page, my heart was in my mouth.” —Dina Nayeri, author of The Ungrateful Refugee

“Mondiant Dogon takes us on a journey through a heartrending window into the lives of the humans that live in Congo, Rwanda and Gihembe. Besides the heartbreaking accounts in the story, Mondiant also gives us the positive and human stories that do exist in his story, his families and his fellow refugees. This book should be read world-wide to counter the rhetoric of refugees as nothing but helpless, unable to do anything for their lives. This book shows otherwise.” —Abdi Nor Iftin, author of Call Me American 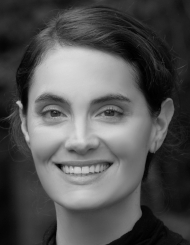 Jenna Krajeski is a reporter for The Fuller Project whose writing has appeared in the New Yorker, New York Times, and The Nation, among other publications. She is the coauthor of Nobel laureate Nadia Murad’s memoir, The Last Girl, and was a Knight-Wallace Fellow at the University of Michigan. 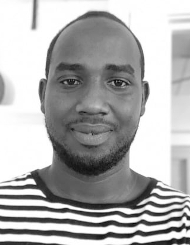 Mondiant Nshimiyimana Dogon is an author, human rights activist, and refugee ambassador. Born into a Congolese Tutsi family in Bagogwe tribe in North Kivu province, at age three he was forced to leave his home village, Bikenke, because of the Rwandan genocide against Tutsis that spilled over into the Democratic Republic of Congo. Since 1996 he has lived in refugee camps. Dogon holds a BA from the University of Rwanda and an MA in international education from New York University.