Harvard Book Store, the Harvard University Division of Science, and the Harvard Library welcome celebrated economists MOSHE HOFFMAN and EREZ YOELI for a discussion of their co-authored book, Hidden Games: The Surprising Power of Game Theory to Explain Irrational Human Behavior. They will be joined in conversation by ANDREW MCAFEE, the Co-Founder and Co-Director of MIT’s Initiative on the Digital Economy and a Principal Research Scientist at the MIT Sloan School of Management.

While payment is not required, we are suggesting a $5 contribution to support this author series, our staff, and the future of Harvard Book Store—a locally owned, independently run Cambridge institution. In addition, by pre-ordering a copy of Hidden Games on harvard.com, you support indie bookselling and the writing community during this difficult time.

We like to think of ourselves as rational. This idea is the foundation for classical economic analysis of human behavior, including the awesome achievements of game theory. But as behavioral economics shows, most behavior doesn’t seem rational at all—which, unfortunately, to cast doubt on game theory’s real-world credibility.

In Hidden Games, Moshe Hoffman and Erez Yoeli find a surprising middle ground between the hyperrationality of classical economics and the hyper-irrationality of behavioral economics. They call it hidden games. Reviving game theory, Hoffman and Yoeli use it to explain our most puzzling behavior, from the mechanics of Stockholm syndrome and internalized misogyny to why we help strangers and have a sense of fairness.

Fun and powerfully insightful, Hidden Games is an eye-opening argument for using game theory to explain all the irrational things we think, feel, and do.

"You’ll find the passion for game theory in every page of this brilliant book, which is packed with fresh and clear insights that will change the way you think about the world." —Uri Gneezy, co-author of The Why Axis

“Skillfully wielding the instruments of game theory, Hoffman and Yoeli entertainingly cut away the veneer of social life. The duo delivers a penetrating look at the cold logic shaping the puzzling patterns that pervade our actions and communities.” —Joe Henrich, author of The WEIRDest People in the World

“Hidden Games is a fascinating tour of how game theory can explain the intricacies and quirks of human behavior; and Hoffman and Yoeli are expert guides. This is a book I will come back to again and again.” —Nichola Raihani, author of The Social Instinct 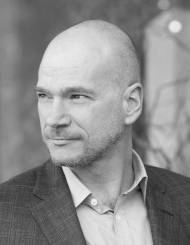 Andrew McAfee is the Co-Founder and Co-Director of MIT’s Initiative on the Digital Economy and a Principal Research Scientist at the MIT Sloan School of Management. He is the author of More from Less and the coauthor of The Second Machine Age. His next book The Geek Way will be published by Little, Brown in 2023. 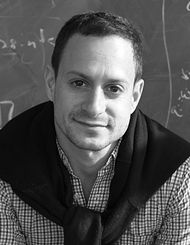 Erez Yoeli is a research scientist at MIT's Sloan School of Management, the director of MIT’s Applied Cooperation Team (ACT), and a lecturer at Harvard’s department of economics. His research focuses on altruism: understanding how it works and how to promote it. Yoeli collaborates with governments, nonprofits, and companies to apply the lessons of this research towards addressing real-world challenges. He lives in Cambridge, Massachusetts. 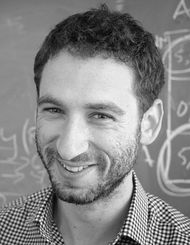 Moshe Hoffman is a research scientist at the Max Planck Institute for Evolutionary Biology, a research fellow at MIT’s Sloan School of Management, and a lecturer at Harvard's department of economics. His research focuses on using game theory, models of learning and evolution, and experimental methods to decipher the motives that shape our social behavior, preferences, and ideologies. He lives in Lubeck, Germany.