The Case for Rage:
Why Anger is Essential to Anti-Racist Struggle

in conversation with JASON REYNOLDS

Harvard Book Store and the Edmond J. Safra Center for Ethics welcome MYISHA CHERRY—assistant professor of Philosophy at the University of California, Riverside and author of UnMuted: Conversations on Prejudice, Oppression, and Social Justice—for a discussion of her latest book, The Case for Rage: Why Anger is Essential to Anti-Racist Struggle. She will be joined in conversation by beloved, bestselling author JASON REYNOLDS.

While payment is not required, we are suggesting a $5 contribution to support this author series, our staff, and the future of Harvard Book Store—a locally owned, independently run Cambridge institution. In addition, by purchasing a copy of The Case for Rage on harvard.com, you support indie bookselling and the writing community during this difficult time.

About The Case for Rage

Anger has a bad reputation. Many people think that it is counterproductive, distracting, and destructive. It is a negative emotion, many believe, because it can lead so quickly to violence or an overwhelming fury. And coming from people of color, it takes on connotations that are even more sinister, stirring up stereotypes, making white people fear what an angry other might be capable of doing, when angry, and leading them to turn to hatred or violence in turn, to squelch an anger that might upset the racial status quo.

According to philosopher Myisha Cherry, anger does not deserve its bad reputation. It is powerful, but its power can be a force for good. And not only is it something we don't have to discourage, it's something we ought to cultivate actively. People fear anger because they paint it in broad strokes, but we can't dismiss all anger, especially not now. There is a form of anger that in fact is crucial in the anti-racist struggle today. This anti-racist anger, what Cherry calls "Lordean rage," can use its mighty force to challenge racism: it aims for change, motivates productive action, builds resistance, and is informed by an inclusive and liberating perspective. People can, and should, harness Lordean rage and tap into its unique anti-racist potential. We should not suppress it or seek to replace it with friendly emotions. If we want to effect change, and take down racist structures and systems, we must manage it in the sense of cultivating it, and keeping it focused and strong.

Cherry makes her argument for anti-racist anger by putting Aristotle in conversation with Audre Lorde, and James Baldwin in conversation with Joseph Butler. The Case for Rage not only uses the tools of philosophy to articulate its arguments, but it sharpens them with the help of social psychology and history. The book is philosophically rich and yet highly accessible beyond philosophical spheres, issuing an urgent call to all politically and socially engaged readers looking for new, deeply effective tools for changing the world. Its message will resonate with the enraged and those witnessing such anger, wondering whether it can help or harm. Above all, this book is a resource for the activist coming to grips with a seemingly everyday emotion that she may feel rising up within her and not know what to do with. It shows how to make sure anger doesn't go to waste, but instead leads to lasting, long-awaited change.

Praise for The Case for Rage

"In a time where the ubiquity of outrage makes it difficult to find our bearings, Myisha Cherry pierces through the confusion with sharp analysis, accessible writing, and her characteristic sense of humor to offer an exemplary work of public philosophy on the place of anger in our lives. Passionate and incisive, witty and wise, Cherry builds a powerful case for the value of what she calls Lordean rage, following the great Audre Lorde, to sustain struggles against racial justice, resist habits of undue deference, and defend our self-respect. A book to argue with, and be transformed by, The Case for Rage introduces to the public one of the most original and distinctive voices in contemporary American philosophy at a time when her thinking, and perhaps even anger, is sorely needed." —Brandon Terry, African and African American Studies and Social Studies, Harvard University

"Myisha Cherry's The Case for Rage is public philosophy at its best. In a book that is simultaneously concise, accessible, and profound, Cherry demonstrates how we—all of us—can learn to use our anger to make the world more free, more just, and more loving. This book is essential reading for our moment." —Nicholas Buccola, Author of The Fire Is Upon Us: James Baldwin, William F. Buckley Jr., and the Debate over Race in America

"In the struggle against racism, anger can be a powerful resource but also has well-known dangers. In a judicious and wide-ranging discussion, Cherry insightfully examines this controversial terrain, helping readers better comprehend the complexity and practical value of antiracist anger. This timely, accessible, and philosophically rich book advances the important debate on the role of rage in politics." —Tommie Shelby, Caldwell Titcomb Professor of African and African American Studies and of Philosophy, Harvard University, and author of Dark Ghettos: Injustice, Dissent, and Reform 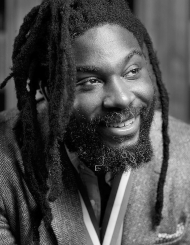 Jason Reynolds is an award-winning and #1 New York Times bestselling author. Jason’s many books include Miles Morales: Spider Man, the Track series (Ghost, Patina, Sunny, and Lu), Long Way Down, which received a Newbery Honor, a Printz Honor, and a Correta Scott King Honor, and Look Both Ways, which was a National Book Award Finalist. His latest book, Stamped: Racism, Antiracism, and You, is a collaboration with Ibram X. Kendi. Jason is the 2020-2021 National Ambassador for Young People’s Literature. He is on faculty at Lesley University, for the Writing for Young People MFA Program and lives in Washington, DC. 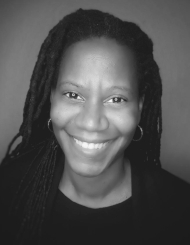 Myisha Cherry is Assistant Professor of Philosophy at the University of California, Riverside. Her research is primarily concerned with the role of emotions and attitudes in public life. Cherry’s books include UnMuted: Conversations on Prejudice, Oppression, and Social Justice (Oxford University Press) and, co-edited with Owen Flanagan, The Moral Psychology of Anger (Rowman & Littlefield). Her work on emotions and race has appeared in The Atlantic, Boston Review, Los Angeles Times, Salon, Huffington Post, WomanKind, and New Philosopher Magazine. Cherry is also the host of the UnMute Podcast, where she interviews philosophers about the social and political issues of our day.