Pirating and Publishing:
The Book Trade in the Age of Enlightenment

in conversation with ADAM COLMAN

Harvard Book Store's virtual event series welcomes ROBERT DARNTON—Carl H. Pforzheimer University Professor and University Librarian, Emeritus of Harvard University—for a discussion of his latest book, Pirating and Publishing: The Book Trade in the Age of Enlightenment. He will be joined in conversation by ADAM COLMAN, producer for WBUR's Open Source.

While payment is not required, we are suggesting a $3 contribution to support this author series, our staff, and the future of Harvard Book Store—a locally owned, independently run Cambridge institution. In addition, by purchasing a copy of Pirating and Publishing on harvard.com, you support indie bookselling and the writing community during this difficult time.

About Pirating and Publishing

In the late-18th century, a group of publishers in what historian Robert Darnton calls the "Fertile Crescent" countries located along the French border, stretching from Holland to Switzerland pirated the works of prominent (and often banned) French writers and distributed them in France, where laws governing piracy were in flux and any notion of "copyright" very much in its infancy. Piracy was entirely legal and everyone acknowledged tacitly or openly that these pirated editions of works by Rousseau, Voltaire, and Diderot, among other luminaries, supplied a growing readership within France, one whose needs could not be met by the monopolistic and tightly controlled Paris Guild.

Darnton's book focuses principally on a publisher in Switzerland, one of the largest and whose archives are the most complete. Through the lens of this concern, he offers a sweeping view of the world of writing, publishing, and especially bookselling in pre-Revolutionary France—a vibrantly detailed inside look at a cut-throat industry that was struggling to keep up with the times and, if possible, make a profit off them. Featuring a fascinating cast of characters lofty idealists and down-and-dirty opportunists this new book expands upon on Darnton's celebrated work on book-publishing in France, most recently found in Literary Tour de France. Pirating and Publishing reveals how and why piracy brought the Enlightenment to every corner of France, feeding the ideas that would explode into revolution. 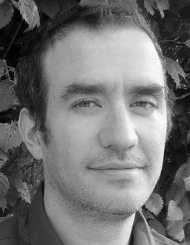 Adam Colman is a producer for Open Source on WBUR; he's also the author of New Uses for Failure and Drugs and the Addiction Aesthetic in Nineteenth-Century Literature. 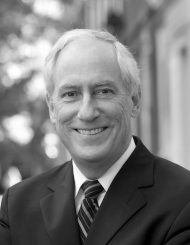 Robert Darnton is Carl H. Pforzheimer University Professor and University Librarian, Emeritus of Harvard University, and the author of The Great Cat Massacre (1984) and A Literary Tour de France (2018), among others.