in conversation with JOI ITO

But after watching the breakdown of modern society, he really has no where left to be—except amongst the dregs of disaffected youth who party all night and heap scorn on the sheep they see on the morning commute. After falling in with Natalie, an ultra-rich heiress trying to escape the clutches of her repressive father, the two decide to give up fully on formal society—and walk away.

After all, now that anyone can design and print the basic necessities of life—food, clothing, shelter—from a computer, there seems to be little reason to toil within the system.

It’s still a dangerous world out there, the empty lands wrecked by climate change, dead cities hollowed out by industrial flight, shadows hiding predators animal and human alike. Still, when the initial pioneer walkaways flourish, more people join them. Then the walkaways discover the one thing the ultra-rich have never been able to buy: how to beat death. Now it’s war—a war that will turn the world upside down.

Fascinating, moving, and darkly humorous, Walkaway is a multi-generation SF thriller about the wrenching changes of the next hundred years . . . and the very human people who will live their consequences.

"The darker the hour, the better the moment for a rigorously-imagined utopian fiction. Walkaway is now the best contemporary example I know of, its utopia glimpsed after fascinatingly-extrapolated revolutionary struggle. A wonderful novel: everything we've come to expect from Cory Doctorow and more." —William Gibson

"Cory Doctorow is one of our most important science fiction writers, because he's also a public intellectual in the old style: he brings the news and explains it, making clearer the confusions of our wild current moment. His fiction is always the heart of his work, and this is his best book yet, describing vividly the revolutionary beginnings of a new way of being. In a world full of easy dystopias, he writes the hard utopia, and what do you know, his utopia is both more thought-provoking and more fun." —Kim Stanley Robinson 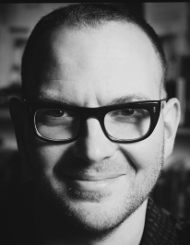 Cory Doctorow is a coeditor of Boing Boing and a columnist for multiple publications including The Guardian, Locus, and Publishers Weekly. He was named one of the Web’s twenty-five ‘influencers’ by Forbes magazine and a Young Global Leader by the World Economic Forum. His award-winning YA novel, Little Brother, was a New York Times bestseller. 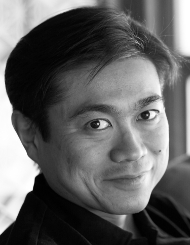 Joichi "Joi" Ito has been recognized for his work as an activist, entrepreneur, venture capitalist, and advocate of emergent democracy, privacy, and internet freedom. As director of the MIT Media Lab, he is currently exploring how radical new approaches to science and technology can transform society in substantial and positive ways. Ito’s honors include BusinessWeek's "25 Most Influential People on the Web," a Lifetime Achievement Award from the Oxford Internet Institute, an honorary D.Litt from The New School in New York City, and an honorary Doctor of Humane Letters degree from Tufts University, among others. In 2014, Ito was inducted into the SXSW Interactive Hall of Fame; he was also one of the recipients of the Golden Plate award from the Academy of Achievement. He is co-author with Jeff Howe of Whiplash: How to Survive Our Faster Future.