GrubStreet Launch Lab: Breaking with the Past

Modern Girls
and
The Immaculate

Harvard Book Store and GrubStreet welcome debut novelists JENNIFER S. BROWN and MARIAN MCMAHON STANLEY for a reading and discussion of their book Modern Girls and The Immaculate. When a tough old Boston nun is murdered in Marian McMahon Stanley's mystery The Immaculate, the investigation into her death by a former student reveals the dark price of unquestioning trust in embedded institutional power. Jennifer S. Brown’s Modern Girls takes place in 1935 when an immigrant mother and her American-born daughter must re-evaluate their beliefs and the traditions of their Jewish faith when they discover they are both pregnant. Stanley and Brown touch on the role of religion in their novels as their characters are forced to break with traditions from the past that no longer work in their lives.

In 1935, Dottie Krasinsky is the epitome of the modern girl. A bookkeeper in Midtown Manhattan, Dottie steals kisses from her steady beau, meets her girlfriends for drinks, and eyes the latest fashions. Yet at heart, she is a dutiful daughter, living with her Yiddish-speaking parents on the Lower East Side. So when, after a single careless night, she finds herself in a family way by a charismatic but unsuitable man, she is desperate: unwed, unsure, and running out of options.

After the birth of five children—and twenty years as a housewife—Dottie’s immigrant mother, Rose, is itching to return to the social activism she embraced as a young woman. With strikes and breadlines at home and National Socialism rising in Europe, there is much more important work to do than cooking and cleaning. So when she realizes that she, too, is pregnant, she struggles to reconcile her longings with her faith.

As mother and daughter wrestle with unthinkable choices, they are forced to confront their beliefs, the changing world, and the fact that their lives will never again be the same.

When Sister Mary Aurelius is murdered in front of the shuttered Immaculate Conception school outside of Boston, former student Rosaria O’Reilly is determined to find justice for her mentor.

The Malford Police have identified a mentally unstable homeless man as the killer, but Rosaria wasn’t trained to settle for the easy answer. With help from a close childhood friend, Nuncie DiStephano, now losing the struggle with an aggressive cancer, her investigations unravel a much larger, more sinister story.

Working sometimes as an adversary, sometimes as a partner with Malford Police Detective Leo Gelenian, she pieces together the motive, method, and identity of the murderer through confrontations with a powerful real-estate developer, a vicious Boston crime boss, and an autocratic monsignor with passionate ambitions for his prestigious Catholic high school.

The Immaculate is a complex murder mystery with a deep sense of place, a compelling storyline, richly developed characters, and a satisfying surprise ending. 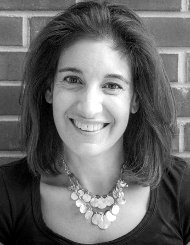 Jennifer S. Brown has published fiction and creative nonfiction in Fiction Southeast, The Best Women’s Travel Writing, The Southeast Review, The Sierra Nevada Review, and the Bellevue Literary Review, among other places. Her essay “The Codeine of Jordan” was selected as a notable essay in The Best American Travel Writing in 2012. She holds an M.F.A. in creative writing from the University of Washington.

Like her protagonist, Marian McMahon Stanley enjoyed an international corporate career with a Fortune 500 company and, more recently, a senior position at a large, urban university. A dual citizen of the United States and Ireland, she is a proud mother and grandmother of four adult children and a growing number of grandchildren. Marian writes in a small town outside Boston where she lives with her husband Bill and—just as in The Immaculate—a Westie named Archie. Currently, she’s hard at work on her next mystery.