The Dawn Watch:
Joseph Conrad in a Global World

Harvard Book Store and the Mahindra Humanities Center welcome award-winning author and Harvard University Professor of History MAYA JASANOFF for a discussion of her latest book, The Dawn Watch: Joseph Conrad in a Global World.

About The Dawn Watch

Migration, terrorism, the tensions between global capitalism and nationalism, and a communications revolution: these forces shaped Joseph Conrad’s destiny at the dawn of the twentieth century. In this brilliant new interpretation of one of the great voices in modern literature, Maya Jasanoff reveals Conrad as a prophet of globalization. As an immigrant from Poland to England, and in travels from Malaya to Congo to the Caribbean, Conrad navigated an interconnected world, and captured it in a literary oeuvre of extraordinary depth. His life story delivers a history of globalization from the inside out, and reflects powerfully on the aspirations and challenges of the modern world.

Joseph Conrad was born Józef Teodor Konrad Korzeniowski in 1857, to Polish parents in the Russian Empire. At sixteen he left the landlocked heart of Europe to become a sailor, and for the next twenty years travelled the world’s oceans before settling permanently in England as an author. He saw the surging, competitive "new imperialism" that planted a flag in almost every populated part of the globe. He got a close look, too, at the places “beyond the end of telegraph cables and mail-boat lines,” and the hypocrisy of the west’s most cherished ideals.

In a compelling blend of history, biography, and travelogue, Maya Jasanoff follows Conrad’s routes and the stories of his four greatest works—The Secret Agent, Lord Jim, Heart of Darkness, and Nostromo. Genre-bending, intellectually thrilling, and deeply humane, The Dawn Watch embarks on a spell-binding expedition into the dark heart of Conrad’s world—and through it to our own.

“A book as beautiful as it is learned. Teeming with new discoveries, Jasanoff’s Dawn Watch is an astonishing tour of Conrad’s world, from Kraków to Kinshasha, from London to Singapore. To read it is to be a stowaway in the hull of a ship sailing from Conrad’s times to our own, as swift as the wind.” —Jill Lepore

“A great biography of Conrad for our times could never be just a biography of Conrad. The Dawn Watch is a scholarly trip to the birthplace of the books themselves, and an extraordinary meditation on Conrad's place in our consciousness. Jasanoff is erudite, passionate and wise: she has it all.” —Juan Gabriel Vásquez

“In Dawn Watch, Maya Jasanoff has fashioned a singular craft for exploring the rapids and crosscurrents of a newly globalized era. The journey is intellectually exhilarating, and brings us to a richer understanding not only of Conrad’s world but our own.” —Kwame Anthony Appiah 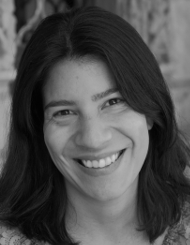 Maya Jasanoff is the Coolidge Professor of History at Harvard. She is the author of the prize-winning Edge of Empire: Lives, Culture, and Conquest in the East, 1750-1850 (2005) and Liberty's Exiles: American Loyalists in the Revolutionary World (2011), which received the National Book Critics’ Circle Award for Non-Fiction and the George Washington Book Prize. A 2013 Guggenheim Fellow, Jasanoff won the 2017 Windham-Campbell Prize for Non-Fiction. Her essays and reviews appear frequently in publications including The New York Times, The Guardian, and The New York Review of Books.