Speak No Evil:
A Novel

About Speak No Evil

In the long-anticipated novel from the author of the critically acclaimed Beasts of No Nation, a revelation shared between two privileged teenagers from very different backgrounds sets off a chain of events with devastating consequences.

On the surface, Niru leads a charmed life. Raised by two attentive parents in Washington, D.C., he’s a top student and a track star at his prestigious private high school. Bound for Harvard in the fall, his prospects are bright. But Niru has a painful secret: he is queer—an abominable sin to his conservative Nigerian parents. No one knows except Meredith, his best friend, the daughter of prominent Washington insiders—and the one person who seems not to judge him.

When his father accidentally discovers Niru is gay, the fallout is brutal and swift. Coping with troubles of her own, however, Meredith finds that she has little left emotionally to offer him. As the two friends struggle to reconcile their desires against the expectations and institutions that seek to define them, they find themselves speeding toward a future more violent and senseless than they can imagine. Neither will escape unscathed.

In the tradition of Junot Diaz’s The Brief Wondrous Life of Oscar Wao and Chimamanda Ngozi Adichie’s Americanah, Speak No Evil explores what it means to be different in a fundamentally conformist society and how that difference plays out in our inner and outer struggles. It is a novel about the power of words and self-identification, about who gets to speak and who has the power to speak for other people. As heart-wrenching and timely as his breakout debut, Beasts of No Nation, Uzodinma Iweala’s second novel cuts to the core of our humanity and leaves us reeling in its wake.

Intelligent and deeply felt, Feast Days follows a young wife who relocates with her financier husband to São Paulo, where she encounters crime, protests, refugees, gentrification, and the collision of art and commerce, while confronting the crisis slowly building inside her own marriage.

Emma is a young woman who has just moved from New York to Brazil. She came for her husband's career, with no job prospects of her own, a weak grasp of the language, and a deep ambivalence about having a child. Her early days in São Paulo are listless but privileged; she dines at high-end restaurants, tutors wealthy Brazilians in English, parses the Latin roots of words, and observes the city she now calls home.

As massive demonstrations against the government are breaking out across the country amid growing economic inequality, Emma begins to volunteer at a local church to assist refugees, and grows more deeply connected to the people she meets in the course of her days. Soon she is unable to resist the tug of the country's political and social unrest, and as the country moves seemingly closer to a breaking point, so does Emma's marriage, until she and her husband can no longer ignore the silent, tectonic shifts beneath the surface of their relationship.

With profound wisdom and humor, MacKenzie has written a sharply observed story of expatriate life, as well as a meditation on the hidden costs of modern living and how easily our belief systems can collapse around us.

Praise for Speak No Evil

“Speak No Evil is the rarest of novels: the one you start out just to read, then end up sinking so deeply into it, seeing yourself so clearly in it, that the novel starts reading you.” —Marlon James, Booker Award–winning author of A Brief History of Seven Killings

“A lovely slender volume that packs in entire worlds with complete mastery. Speak No Evil explains so much about our times and yet is never anything less than a scintillating, page-turning read.” —Gary Shteyngart, author of Little Failure

“A wrenching, tightly woven story about many kinds of love and many kinds of violence. Speak No Evil probes deeply but also with compassion the cruelties of a loving home. Iweala’s characters confront you in close-up, as viscerally, bodily alive as any in contemporary fiction.” —Larissa MacFarquhar

"This brilliant novel has no time for platitudes or conventional, ankle-deep morality; it plunges us straight to the depths. I'm not sure I know another book that feels at once so disaffected and so full of longing, so expansive in its sympathy and so terrifying in its candor. Devastating, funny and wise, it's among the best novels I know about the fate of American innocence abroad." ―Garth Greenwell, author of What Belongs To You

"Feast Days is so much more than a novel. It's an all-consuming meditation on the modern condition, the search for rootedness in the ever-shifting worlds of our own creation, told by a writer so gifted with language that you forget who you are in the poetry of his prose." ―Uzodinma Iweala, author of Beasts of No Nation 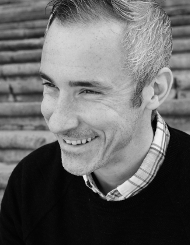 Ian MacKenzie is the author of the novel Feast Days and City of Strangers. His fiction has appeared in the Gettysburg Review, the Greensboro Review, and elsewhere. He was born and raised in Massachusetts, graduated from Harvard College, and has lived in New York City, Addis Ababa, Ethiopia, and Brazil. He currently lives in Washington, D.C., with his wife and daughter. Visit him at www.ianrmackenzie.com. 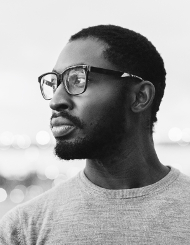 Uzodinma Iweala's acclaimed debut novel Beasts of No Nation received the Los Angeles Times Art Seidenbaum Award for First Fiction, the Sue Kaufman Prize for First Fiction from the Academy of Arts and Letters, the New York Public Library Young Lions 2006 Fiction Award, and the 2006 John Llewellyn Rhys Prize. In 2007, he was selected as one of Granta's Best Young American Novelists. A graduate of Harvard University and the Columbia University College of Physicians and Surgeons, he lives in New York City and Abuja, Nigeria.