Imbeciles:
The Supreme Court, American Eugenics, and the Sterilization of Carrie Buck

Harvard Book Store welcomes senior writer for Time magazine ADAM COHEN for a discussion of his latest book, Imbeciles: The Supreme Court, American Eugenics, and the Sterilization of Carrie Buck.

New York Times bestselling author Adam Cohen tells the story in Imbeciles of one of the darkest moments in the American legal tradition: the Supreme Court’s decision to champion eugenic sterilization for the greater good of the country. In 1927, when the nation was caught up in eugenic fervor, the justices allowed Virginia to sterilize Carrie Buck, a perfectly normal young woman, for being an “imbecile.”

It is a story with many villains, from the superintendent of the Dickensian Virginia Colony for Epileptics and Feebleminded who chose Carrie for sterilization to the former Missouri agriculture professor and Nazi sympathizer who was the nation’s leading advocate for eugenic sterilization.  But the most troubling actors of all were the eight Supreme Court justices who were in the majority—including William Howard Taft, the former president; Louis Brandeis, the legendary progressive; and Oliver Wendell Holmes, Jr., America’s most esteemed justice, who wrote the decision urging the nation to embark on a program of mass eugenic sterilization.

Exposing this tremendous injustice—which led to the sterilization of 70,000 Americans—Imbeciles overturns cherished myths and reappraises heroic figures in its relentless pursuit of the truth. With the precision of a legal brief and the passion of a front-page exposé, Cohen’s Imbeciles is an unquestionable triumph of American legal and social history, an ardent accusation against these acclaimed men and our own optimistic faith in progress.

“Adam Cohen knows how to recognize a story and has the gift to tell it with disarming fidelity to facts that make us cringe. In that vein, Imbeciles made me question my longstanding admiration for the mind and character of Oliver Wendell Holmes and my fading hope that the Supreme Court can sometimes save us from ourselves.” —Joseph J. Ellis, Pulitzer Prize–winning author of The Quartet: Orchestrating the Second American Revolution

"Imbeciles is at once disturbing, moving, and profoundly important.  With the zeal of an investigative journalist and a novelist’s insight, Adam Cohen tells the story of an injustice carried out at the highest levels of government, and how it reverberated across history and remains with us today.  Cohen is one of our most gifted writers, and he has turned the story of the Supreme Court and American eugenics into one of the best books I’ve read in decades." —Amy Chua, John M. Duff, Jr. Professor of Law, Yale Law School, and author of The Battle Hymn of the Tiger Mother 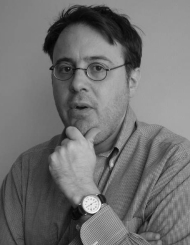 Adam Cohen, a former member of The New York Times editorial board and senior writer for Time magazine, is the author, most recently, of Nothing to Fear: FDR's Inner Circle and the Hundred Days That Created Modern America. A graduate of Harvard Law School, he was president of volume 100 of the Harvard Law Review.