A woman grieves a miscarriage, haunted by the Buddha’s birth. An artist with schizophrenia tries to survive hatred and indifference in small-town India by turning to the beauty of sculpture and dance. Orphans in India get pulled into a strange “rescue” mission aimed at stripping their mysterious powers. A brief but intense affair between two women culminates in regret and betrayal. A boy seeks memories of his sister in the legend of a woman who weds death. And fragments of history, from child brickmakers to slaves in Renaissance Portugal, are held up in brief fictions, burnished, made dazzling and unforgettable.

In sixteen remarkable stories, Chaya Bhuvaneswar spotlights diverse women of color―cunning, bold, and resolute―facing sexual harassment and racial violence, and occasionally inflicting that violence on each other. Winner of the 2017 Dzanc Short Story Collection Prize, White Dancing Elephants marks the emergence of a new and original voice in fiction and explores feminist, queer, religious, and immigrant stories with precision, drama, and compassion.

"Chaya Bhuvaneswar's debut collection maps with great assurance the intricate outer reaches of the human heart. What a bold, smart, exciting new voice, well worth listening to; what an elegant story collection to read and savor." —Lauren Groff, author of Florida

"A magnificent collection of stories that defy conventions, stereotypes, and reveal the universal complexity we all share as humans―gifted and flawed individuals, who struggle to reconcile the mixed signals of our own hearts." —Jamie Ford, author of Hotel on the Corner of Bitter and Sweet

"Filled with dark music, nuance, and intelligence, White Dancing Elephants takes readers on a thrilling journey. In sharp takes, Chaya Bhuvaneswar unfolds the complexities of race and gender, tragedy, and eros. This unforgettable collection will hold its readers captive to the very last page." —Diana Abu-Jaber, author of Life Without a Recipe and Crescent 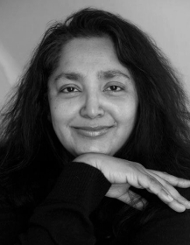 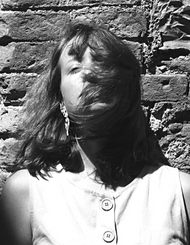 Laura van den Berg is the author of the story collections What the World Will Look Like When All the Water Leaves Us, The Isle of Youth, and I Hold a Wolf by the Ears, which was named one the ten best fiction books of 2020 by TIME, and the novels Find Me and The Third Hotel, which was a finalist for the New York Public Library Young Lions Fiction Award and an Indie Next pick. She is the recipient of a Guggenheim Fellowship, a Strauss Living Award and a Rosenthal Family Foundation Award from the American Academy of Arts and Letters, the Bard Fiction Prize, a PEN/O. Henry Award, and a MacDowell Colony Fellowship, and is a two-time finalist for the Frank O'Connor International Short Story Award. Born and raised in Florida, Laura splits her time between the Boston area and Central Florida, with her husband and dog.