in conversation with ROXANE GAY

Harvard Book Store welcomes bestselling novelist JASMINE GUILLORY for a discussion of The Proposal, the highly anticipated followup to her beloved romance The Wedding Date. She will be joined in conversation by award-winning author, editor, and professor ROXANE GAY. The evening will include a cash bar (with a signature cocktail!) and a book signing with Jasmine.

Tickets will be available through OBERON at americanrepertorytheater.org. Please note this is an age 18+ venue.

When someone asks you to spend your life with him, it shouldn't come as a surprise—or happen in front of 45,000 people.

When freelance writer Nikole Paterson goes to a Dodgers game with her actor boyfriend, his man bun, and his bros, the last thing she expects is a scoreboard proposal. Saying no isn't the hard part—they've only been dating for five months, and he can't even spell her name correctly. The hard part is having to face a stadium full of disappointed fans.

At the game with his sister, Carlos Ibarra comes to Nik's rescue and rushes her away from a camera crew. He's even there for her when the video goes viral and Nik's social media blows up—in a bad way. Nik knows that in the wilds of LA, a handsome doctor like Carlos can't be looking for anything serious, so she embarks on an epic rebound with him, filled with food, fun, and fantastic sex. But when their glorified hookups start breaking the rules, one of them has to be smart enough to put on the brakes.

“There is so much to relate to and throughout the novel, there is a sharp feminist edge. Loved this one, and you will too.” —Roxane Gay

“With sharp banter, a well-rounded cast of characters, and plenty of swoony scenes, Jasmine Guillory defends her position as one of the most exciting rom-com writers out there.” —Buzzfeed 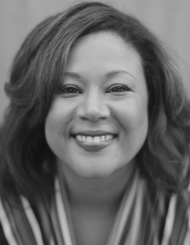 Jasmine Guillory is a New York Times bestselling author; her novels include The Wedding Date, the Reese's Book Club selection The Proposal, and By The Book. Her work has appeared in The Wall Street Journal, Cosmopolitan, Bon Appetit, and Time, and she is a frequent book contributor on The Today Show. She lives in Oakland, California. Roxane Gay’s writing appears in Harper’s Bazaar, A Public Space, McSweeney’s, Tin House, Oxford American, American Short Fiction, and many others. She is a contributing opinion writer for the New York Times. She is the author of the books Ayiti, An Untamed State, the New York Times bestselling Bad Feminist, the nationally bestselling Difficult Women and Hunger: A Memoir of My Body. She is also the author of World of Wakanda for Marvel and the editor of Best American Short Stories 2018. She is currently at work on film and television projects, a book of writing advice, an essay collection about television and culture, and a YA novel entitled The Year I Learned Everything. In 2018, she won a Guggenheim fellowship.