Gork, the Teenage Dragon:
A Novel

About Gork, the Teenage Dragon

Gork, the Teenage Dragon is a wacky, exuberant, heartfelt debut novel: the unholy child of The Hitchhiker's Guide to the Galaxy, Harry Potter, and Sixteen Candles—and this time with dragons.

Gork isn’t like the other dragons at WarWings Military Academy. He has a gigantic heart, two-inch horns, and an occasional problem with fainting. His nickname is Weak Sauce and his Will to Power ranking is Snacklicious—the lowest in his class. But he is determined not to let any of this hold him back as he embarks on the most important mission of his life: tonight, on the eve of his high school graduation, he must ask a female dragon to be his queen. If she says yes, they'll go off to conquer a foreign planet together. If she says no, Gork becomes a slave.

Vying with Jocks, Nerds, Mutants, and Multi-Dimensioners to find his mate, Gork encounters an unforgettable cast of friends and foes, including Dr. Terrible, the mad scientist; Fribby, a robot dragon obsessed with death; and Metheldra, a healer specializing in acupuncture with swords. But finally it is Gork's biggest perceived weakness, his huge heart, that will guide him through his epic quest and help him reach his ultimate destination: planet Earth.

A love story, a fantasy, and a coming-of-age story, Gork the Teenage Dragon is a wildly comic, beautifully imagined, and deeply heartfelt debut novel that shows us just how human a dragon can be.

"Gork, the Teenage Dragon combines so many things I count on in fiction I love—great expansive humor, a big-hearted optimism about all that’s possible in the world and in fiction, a very clear moral purpose and a sense of social responsibility—plus a willingness to experiment with the form of writing, to push the art of writing further, and with passion. In the long and august tradition of literary masterpieces about sentient adolescent dragons from outer space, this is no doubt the greatest of the genre. Gabe Hudson has crafted a very sensitive and very funny book from the most serious of subjects: interplanetary acceptance for giant lizards." —Dave Eggers, author of Heroes of the Frontier and The Circle

"Gork, the Teenage Dragon is a hilarious ride through the mind-bending and capacious universe, a one-of-a-kind coming-of-age story for the big-hearted and beleaguered. Mostly, it’s a reminder that, now especially, we on planet Earth need a whole lot more dreamer-poets, a whole lot more gentle peace-loving fools." —Tracy K. Smith, Pulitzer Prize-winning author of Life on Mars and Ordinary Light

"An epic love story that is wondrous, enchanting, hilarious, and heartrending. This dragon Gork is a direct descendant of Huck Finn and Holden Caulfield, and his voice is a marvel of comic timing and pathos. Gork, the Teenage Dragon is sure to become an instant classic, destined to be loved by all sorts of readers through the ages." —Akhil Sharma, author of Family Life 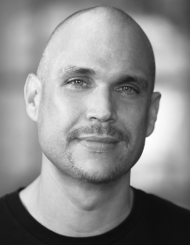 Gabe Hudson is the author of Dear Mr. President, a finalist for the PEN/Hemingway Award and winner of the Sue Kaufman Prize for First Fiction from the American Academy of Arts and Letters. Hudson was named one of Granta's 20 Best of Young American Novelists. His writing has appeared in The New Yorker, The New York Times Magazine, The Village Voice, McSweeney's, Black Book, and Granta. He lives in Brooklyn.