The Ambulance Drivers:
Hemingway, Dos Passos, and a Friendship Made and Lost in War

Harvard Book Store and Mass Humanities welcome bestselling biographer JAMES MCGRATH MORRIS—author of the National Book Prize–winning Eye on the Struggle: Ethel Payne, The First Lady of the Black Press and Pulitzer: A Life in Politics, Print, and Power—for a discussion of his latest book, The Ambulance Drivers: Hemingway, Dos Passos, and a Friendship Made and Lost in War.

About The Ambulance Drivers

After meeting for the first time on the front lines of World War I, two aspiring writers forge an intense twenty-year friendship and write some of America's greatest novels, giving voice to a "lost generation" shaken by war.

Eager to find his way in life and words, John Dos Passos first witnessed the horror of trench warfare in France as a volunteer ambulance driver retrieving the dead and seriously wounded from the front line. Later in the war, he briefly met another young writer, Ernest Hemingway, who was just arriving for his service in the ambulance corps. When the war was over, both men knew they had to write about it; they had to give voice to what they felt about war and life.

Their friendship and collaboration developed through the peace of the 1920s and 1930s, as Hemingway's novels soared to success while Dos Passos penned the greatest antiwar novel of his generation, Three Soldiers. In war, Hemingway found adventure, women, and a cause. Dos Passos saw only oppression and futility. Their different visions eventually turned their private friendship into a bitter public fight, fueled by money, jealousy, and lust.

Rich in evocative detail—from Paris cafes to the Austrian Alps, from the streets of Pamplona to the waters of Key West—The Ambulance Drivers is a biography of a turbulent friendship between two of the century's greatest writers, and an illustration of how war both inspires and destroys, unites and divides.

"Here is a story of war, love, and politics writ large, a story of two literary lions trapped in a double-helix relationship more powerful than either will admit. In this intricately braided dual biography, Morris shows us how the two novelists needed each other, even as they differed—often drastically so—in the way they negotiated the gravitational forces of their times." —Hampton Sides, bestselling author of In the Kingdom of Ice and Ghost Soldiers

"In this ingenious dual narrative, James McGrath Morris gives us two lives in high contrast, rendering sharp, revelatory portraits of literary icons we thought we already knew. Writing with deep knowledge and sympathy, Morris has created something rare and fresh: a biography of a friendship." —Megan Marshall, Pulitzer Prize–winning author of Margaret Fuller and Elizabeth Bishop: A Miracle for Breakfast

"Delves head first into the mercurial relationship of these two American literary legends . . . Throughout this riveting biography Morris expertly narrates the journeys, relationships, and life-changing events that inspired two of the greatest authors of the 20th century . . . A lively and engaging biography that takes a fresh look at the life of Dos Passos. . . . Although readers may at first hesitate to embark on yet another analysis of Ernest Hemingway, Morris' framing of the context of his fragile and contemptuous relationship with fellow literary giant John Dos Passos creates a worthwhile read. It will most certainly fascinate Dos Passos and Hemingway aficionados, as well as the casual literary biography enthusiast." —New York Journal of Books 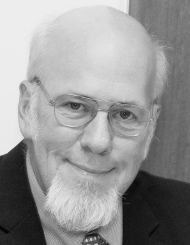 James McGrath Morris is the author of four previous books, including the New York Times bestseller Eye on the Struggle: Ethel Payne, The First Lady of the Black Press, which was awarded the Benjamin Hooks National Book Prize, and the highly acclaimed Pulitzer: A Life in Politics, Print, and Power. He has appeared on NPR's All Things Considered, PBS's News Hour, and C-Span's Book TV. A former journalist, he was the founding editor of the monthly Biographers Craftand has served as both the executive director and president of Biographers International Organization (BIO). Morris lives in Tesuque, New Mexico.