The Exhibition of Persephone Q:
A Novel

Thin Places:
Essays from In Between

Harvard Book Store and GrubStreet welcome debut authors JESSI JEZEWSKA STEVENS and JORDAN KISNER for a discussion of their books, The Exhibition of Persephone Q: A Novel and Thin Places: Essays from In Between.

About The Exhibition of Persephone Q

Percy is pregnant. She hasn’t told a soul. Probably she should tell her husband—certainly she means to—but one night she wakes up to find she no longer recognizes him. Now, instead of sleeping, Percy is spending her nights taking walks through her neighborhood, all the while fretting over her marriage, her impending motherhood, and the sinister ways the city is changing.

Amid this alienation—from her husband, home, and rapidly changing body—a package arrives. In it: an exhibition catalog for a photography show. The photographs consist of a series of digitally manipulated images of a woman lying on a bed in a red room. It takes a moment for even Percy to notice that the woman is herself . . . but no one else sees the resemblance.

Percy must now come to grips with the fundamental question of identity in the digital age: To what extent do we own our own image, and to what extent is that image shaped by the eyes of others?

Capturing perfectly the haunted atmosphere of Manhattan immediately after 9/11—and the simmering insanity of America ever since—Jessi Jezewska Stevens's The Exhibition of Persephone Q is a darkly witty satire about how easy it is to lose ownership of our own selves.

When Jordan Kisner was a child, she was saved by Jesus Christ at summer camp, much to the confusion of her nonreligious family. She was, she writes, “just naturally reverent,” a fact that didn’t change when she—much to her own confusion—lost her faith as a teenager. Not sure why her religious conviction had come or where it had gone, she did what anyone would do: “You go about the great American work of assigning yourself to other gods: yoga, talk radio, neoatheism, CrossFit, cleanses, football, the academy, the American Dream, Beyoncé.”

A curiosity about the subtle systems guiding contemporary life pervades Kisner’s work. Her celebrated essay “Thin Places” (Best American Essays 2016), about an experimental neurosurgery developed to treat severe obsessive-compulsive disorder, asks how putting the neural touchpoint of the soul on a pacemaker may collide science and psychology with philosophical questions about illness, the limits of the self, and spiritual transformation. How should she understand the appearance of her own obsessive-compulsive disorder at the very age she lost her faith?

Intellectually curious and emotionally engaging, the essays in Thin Places manage to be both intimate and expansive, illuminating an unusual facet of American life, as well as how it reverberates with the author’s past and present preoccupations.

Praise for The Exhbition of Persephone Q

"Finally a book that exposes how dull Occam’s Razor has become after all these years. Adroitly crafted, The Exhibition of Persephone Q is a fun, urbane look at the faulty heuristics of perception and authenticity. Proof positive that in the age of Photoshop and Trumpian Denialism, the simplest explanation no longer applies." —Paul Beatty, author of The Sellout

"The Exhibition of Persephone Q has the heart of a Hitchcock film. With a voice both riveting and wisely bizarre, Jessi Jezewska Stevens tells a timeless story of the battle to stop the present from turning into the past." —Catherine Lacey, author of Nobody Is Ever Missing

“Jordan Kisner’s essays are like intricate tattoos: etched with a sharp and exacting blade of intellect, but made of flesh; richly drawn in their details; comprised of equal parts pleasure and pain. Like tattoos, their natural habitat is that strange borderland where our skin meets the world—where we confront our edges, or everything we can’t keep out. Always, and thrillingly, they look inward and outward with exacting grace." —Leslie Jamison, author of The Empathy Exams

"Jordan Kisner is a pilgrim for our times. She ventures into the operating room where a surgeon inserts an electrode into a patient’s brain. She mingles with the debutantes of Laredo, Texas as they navigate the fraught space between Wasp and Hispanic privilege. Wherever she is, Kisner probes the ambiguities that we live and dream, exploring the spaces where, in her words, 'Distinctions between you and not-you, real and and unworldly, fall away.' She is a tender but fierce writer; rigorous and wise." —Margo Jefferson, author of Negroland: A Memoir 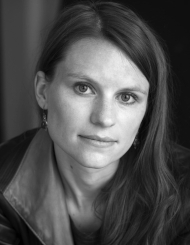 Jessi Jezewska Stevens holds a BA in mathematics from Middlebury College and an MFA in fiction from Columbia University. Her stories and essays have appeared in The Paris Review, Tin House,  Los Angeles Review of Books, 4Columns, Harper's Magazine blog, Guernica, BOMB, and The Rumpus, among other publications. She lives in Brooklyn 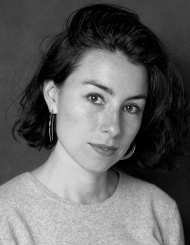 Jordan Kisner's writing has appeared in n+1, New York Times Magazine, The Atlantic, GQ, the Guardian, the American Scholar, California Sunday, the New Yorker, the New Republic, New York magazine, Pop-Up Magazine, and Pitchfork, among other publications. Her work has received a Pushcart Prize and was selected for The Best American Essays 2016. She teaches creative writing at Columbia University.