The Tyranny of Virtue:
Identity, the Academy, and the Hunt for Political Heresies

Harvard Book Store welcomes ROBERT BOYERS—professor of Arts and Letters at Skidmore College—for a discussion of his latest book, The Tyranny of Virtue: Identity, the Academy, and the Hunt for Political Heresies.

About The Tyranny of Virtue

Written from the perspective of a liberal intellectual who has spent a lifetime as a writer, editor, and college professor, The Tyranny of Virtue is a precise and nuanced insider’s look at shifts in American culture—most especially in the American academy—that so many people find alarming. Part memoir and part polemic, an anatomy of important and dangerous ideas, and a cri de coeur lamenting the erosion of standard liberal values, Boyers’s collection of essays is devoted to such subjects as tolerance, identity, privilege, appropriation, diversity, and ableism that have turned academic life into a minefield. Why, Robert Boyers asks, are a great many liberals, people who should know better, invested in the drawing up of enemies lists and driven by the conviction that on critical issues no dispute may be tolerated? In stories, anecdotes, and character profiles, a public intellectual and longtime professor takes on those in his own progressive cohort who labor in the grip of a poisonous and illiberal fundamentalism. The end result is a finely tuned work of cultural intervention from the front lines.

Praise for The Tyranny of Virtue

“Robert Boyers writes in the great tradition of Saul Bellow, Irving Howe and Susan Sontag: a powerfully persuasive, insightful and provocative prose that mixes erudition and first-hand reportage, combativeness and sympathy, moral vehemence and humor. From his vantage point as longtime editor of the preeminent journal Salmagundi, Boyers has been in close contact with every seismic shift in literary, intellectual, artistic and academic quarters in recent decades, and for those of us who may require guidance, here is our guide.” —Joyce Carol Oates

“Robert Boyers’s voice is a bracing one: courageous, unsparing, and nuanced to a rare degree. In this book, he patiently and wittily speaks sanity to the towering forces of cultural craziness, and he actually respects everyone—well, nearly everyone—whom he subjects to his rigorous critique. For anyone wondering how a person should be, The Tyranny of Virtue is an excellent example.” —Mary Gaitskill

“This is a moment in which many robust voices claim attention for groups and causes that have been undervalued historically—a splendid moment for a culture that, at its best, places great value on reform that tends toward justice. In our universities, the debates it encourages have sometimes become vitriolic and judgmental. Robert Boyers has given us a reminder of the complexity of the issues at stake and the urgency of preventing a humane impulse from being overwhelmed by passions unworthy of it.” —Marilynne Robinson 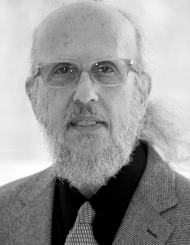 Robert Boyers is the author of a widely debated new book entitled The Tyranny of Virtue: Identity, the Academy, and the Hunt for Political Heresies. He is the author of ten previous books and the editor of twelve others. He was the first Tisch Professor of Arts and Letters at Skidmore College, where he continues as Professor of English. He writes frequently for such publications as The Nation, The New Republic, Harpers, The American Scholar, The Chronicle of Higher Education, The Guardian and other such periodicals.