The Shakespeare Requirement:
A Novel

About The Shakespeare Requirement

The slings and arrows of outrageous fortune keep hitting beleaguered English professor Jason Fitger right between the eyes in this hilarious and eagerly awaited sequel to the cult classic of anhedonic academe, the Thurber Prize–winning Dear Committee Members. Once more into the breach...

Now is the fall of his discontent, as Jason Fitger, newly appointed chair of the English Department of Payne University, takes arms against a sea of troubles, personal and institutional. His ex-wife is sleeping with the dean who must approve whatever modest initiatives he undertakes. The fearsome department secretary Fran clearly runs the show (when not taking in rescue parrots and dogs) and holds plenty of secrets she's not sharing. The lavishly funded Econ Department keeps siphoning off English's meager resources and has taken aim at its remaining office space. And Fitger's attempt to get a mossbacked and antediluvian Shakespeare scholar to retire backfires spectacularly when the press concludes that the Bard is being kicked to the curricular curb.

Lord, what fools these mortals be! Julie Schumacher proves the point and makes the most of it in this delicious romp of satire.

"Hilarious . . . Schumacher’s satisfying and fun novel is bolstered by its memorable campus setting and its quirky cast." —Publishers Weekly

"Schumacher abandons the epistolary style of her previous novel for a straight narrative but retains all of its acid satire in a sequel that is far more substantive and just as funny . . . A witty but kindhearted academic satire that oscillates between genuine compassion and scathing mockery with admirable dexterity." —Kirkus Reviews (starred review)

"Schumacher satirizes the pitfalls of academia with searing wit, skewing everything from the abominable faculty offices to the eccentric personalities throughout the university. Beneath the comedy lies a tragic commentary on the state of higher education, when money counts for more than scholarship, and power is directly tied to fundraising ability. The Shakespeare Requirement offers a desperately funny take on campus foibles, as Schumacher stretches reality to the boundaries of absurdity in this raucous underdog tale." —Booklist 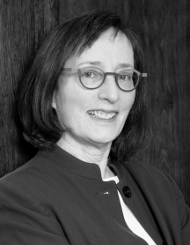 Julie Schumacher grew up in Wilmington, Delaware, and graduated from Oberlin College and Cornell University, where she earned her MFA. Her first novel, The Body Is Water, was published by Soho Press in 1995 and was an ALA Notable Book of the Year and a finalist for the PEN/Hemingway Award. Her 2014 novel, Dear Committee Members, won the Thurber Prize for American Humor; she is the first woman to have been so honored. She lives in St. Paul and is a faculty member in the Creative Writing Program and the Department of English at the University of Minnesota.