Harvard Book Store welcomes LEV GROSSMAN, author of the bestselling Magicians trilogy, for the reissue of his first novel, Warp—the story of a recent Harvard grad.

Warp is the lost literary origin story of bestselling author Lev Grossman—including a new foreword about how and why he wrote his first novel: "It is the intense, concentrated, boiled-down essence of the unhappiest years of my life."

Twenty-something Hollis Kessler languishes in a hopelessly magician-less world (with the exception of a fleet-footed nymph named Xanthe) not too far from where he graduated college. His friends do, too. They sleep late, read too much, drink too much, talk too much, and work and earn and do way too little. But Hollis does have an obsession: there's another world going on in his head, a world of excitement and danger and starships and romance, and it's telling him that it's time to stop dreaming and get serious.

"Fun, sassy, and sardonic in its opening pages, this first novel tells the story of Hollis, a recent Harvard grad who loves Star Trek reruns and hasn't a clue about what to do with the rest of his life: a timely dilemma, since he has just cashed in his last bank certificate, quit his job, and lost his girlfriend to a fancy firm downtown. Grossman has captured the real thing: a smart guy who doesn't know whether he should immerse himself in corporate culture. The writing is full of sly humor and the kind of erudite facts favored by recent graduates, along with a cynicism that only the young can sustain." —Library Journal 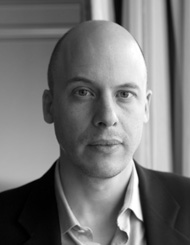 Lev Grossman is the award-winning author of the #1 New York Times bestselling Magicians trilogy, which is now an hour-long drama series on Syfy. Born in 1969, he attended Harvard and Yale and has been Time magazine's book critic since 2002. He lives in Brooklyn, New York, with his family.