The Stranger in the Woods:
The Extraordinary Story of the Last True Hermit

Weather Update: Tonight's event is scheduled to proceed as planned, unaffected by the winter weather. Any changes or updates will be noted here.

Harvard Book Store welcomes the author of True Story: Murder, Memoir, Mea Culpa MICHAEL FINKEL for a discussion of his latest book, The Stranger in the Woods: The Extraordinary Story of the Last True Hermit.

About The Stranger in the Woods

Many people dream of escaping modern life, but most will never act on it. This is the remarkable true story of a man who lived alone in the woods of Maine for twenty-seven years, making this dream a reality—not out of anger at the world, but simply because he preferred to live on his own.

In 1986, a shy and intelligent twenty-year-old named Christopher Knight left his home in Massachusetts, drove to Maine, and disappeared into the forest. He would not have a conversation with another human being until nearly three decades later, when he was arrested for stealing food. Living in a tent even through brutal winters, he had survived by his wits and courage, developing ingenious ways to store edibles and water, and to avoid freezing to death. He broke into nearby cottages for food, clothing, reading material, and other provisions, taking only what he needed but terrifying a community never able to solve the mysterious burglaries. Based on extensive interviews with Knight himself, this is a vividly detailed account of his secluded life—why did he leave? what did he learn?—as well as the challenges he has faced since returning to the world. It is a gripping story of survival that asks fundamental questions about solitude, community, and what makes a good life, and a deeply moving portrait of a man who was determined to live his own way, and succeeded.

"Michael Finkel has somehow found a story that takes the two primary human relationships—to nature and to one another—and deftly upends our assumptions about both. His subject, Christopher Knight, survived alone for decades at the fringes of American society. In Finkel's hands, that story assumes the power and dignity of parable and feels as if we have having been waiting our whole lives to hear what someone like Knight might say about us. Predictably, it's not good. But it feels true and honest and important. This was a breathtaking book to read and many weeks later I am still thinking about the implications for our society and—by extension—for my own life." —Sebastian Junger, author of Tribe: On Homecoming and Belonging

"As ever, Michael Finkel's voice in this fresh new chronicle is clean, clear, lucid—his attention fair and compassionate. The Stranger in the Woods is an altogether surprising page-turner that helps us to see his twisted saint's essential sanity, and in so doing to question our own." —Lawrence Weschler, author of Mr. Wilson's Cabinet of Wonder and Waves Passing in the Night: Walter Murch in the Land of the Astrophysicists 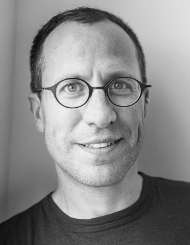 Michael Finkel is the author of True Story: Murder, Memoir, Mea Culpa, which was adapted into a 2015 major motion picture. He has written for National Geographic, GQ, Rolling Stone, Esquire, Vanity Fair, The Atlantic, and The New York Times Magazine. He lives in western Montana.