in conversation with GISH JEN

Harvard Book Store welcomes Granta magazine editor SIGRID RAUSING—author of History, Memory, and Identity in Post-Soviet Estonia and Everything is Wonderful—and bestselling author GISH JEN for a discussion of Mayhem, Rausing's memoir of the impact of addiction on her family.

In the summer of 2012 a woman named Eva was found dead in the London townhouse she shared with her husband, Hans K. Rausing. The couple had struggled with drug addiction for years, often under the glare of tabloid headlines. Now, writing with singular clarity and restraint, Hans’ sister, the editor and publisher Sigrid Rausing, tries to make sense of what happened.

In Mayhem, she asks the difficult questions those close to the world of addiction must face. "Who can help the addict, consumed by a shaming hunger, a need beyond control? There is no medicine: the drugs are the medicine. And who can help their families, so implicated in the self-destruction of the addict? Who can help when the very notion of ‘help’ becomes synonymous with an exercise of power; a familial police state; an end to freedom, in the addict’s mind?"

An eloquent and timely attempt to understand the conundrum of addiction—and a memoir as devastating as it is riveting.

"A profoundly articulate and harrowing memoir of a family grappling with addiction. With love and tenderness, respect and reserve, Sigrid Rausing explores the evolution of her brother and sister-in-law’s addiction and its effect on her entire family. Her deftly layered observations about how one can be both knowing and not knowing capture a parent’s innate sense of a child’s being in danger; one sibling’s desperate attempts to save another; and a deeply private family who find themselves suddenly exposed. Ultimately, what Rausing finds is a way to tell her own story, including among objects from the past that remind her of what once was, or might have been. I was impressed and moved." —A. M. Homes, author of the New York Times–bestselling memoir The Mistress's Daughter

"In this mesmerizing account of her brother’s descent into addiction and her sister-in-law’s untimely death, Sigrid Rausing explores sweeping questions about what it means to choose or refuse a moral life; what tragedy looks like when it is woven into privilege; and how we control or surrender to our perceived destinies. Written in elegiac, lyrical prose, Mayhem is deeply passionate in its impossible attempt to adduce a redeeming vitality from an agonizing chaos. This is a brave, elegant, inspired book." —Andrew Solomon, National Book Award–winning author of The Noonday Demon

“A short, intense, moving memoir. . . a poignant and at times harrowing account that testifies to the resilience of the human spirit.” —Sebastian Shakespeare, Tatler 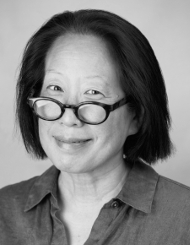 Gish Jen is the author of four novels, a book of stories, and a previous book of nonfiction, Tiger Writing: Art, Culture, and the Interdependent Self. Her honors include the Lannan Literary Award for fiction, the Mildred and Harold Strauss Living Award from the American Academy of Arts and Letters, and fellowships from the Guggenheim Foundation, the National Endowment for the Arts, the Radcliffe Institute for Advanced Study, and the Fulbright Foundation. She is also a fellow of the American Academy of Arts and Sciences, and lives with her husband and children in Cambridge, Massachusetts. 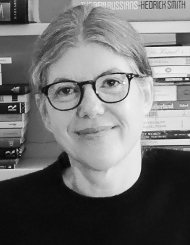 Sigrid Rausing is the editor of Granta magazine and the publisher of Granta Books. She is the author of two previous books: History, Memory, and Identity in Post-Soviet Estonia, and Everything is Wonderful, which was short-listed for the Royal Society of Literature Ondaatje Prize. She has a Ph.D. in Anthropology from University College London, and is an Honorary Fellow of the London School of Economics and St Antony’s College, Oxford. She lives in London with her husband, film and theatre producer Eric Abraham.