for a discussion of

The Nation:
A Biography

Harvard Book Store welcomes The Nation for a discussion of their 150th anniversary—with editor and publisher of The Nation KATRINA VANDEN HEUVEL, D.D. GUTTENPLAN, author of The Nation: A Biography, and The Nation writer CHLOE MAXMIN.

2015 marks the 150th anniversary of The Nation magazine, which was founded by abolitionists just months after the assassination of Abraham Lincoln. Katrina vanden Heuvel, London correspondent D.D. Guttenplan, and Chloe Maxmin will discuss Guttenplan's long-awaited book, The Nation: A Biography, which chronicles the surprising story behind America’s oldest weekly magazine—the bickering abolitionists who founded it; the campaigns, causes and controversies that shaped it; the rebels, mavericks and visionaries who have written, edited and fought in its pages for 150 years and counting. 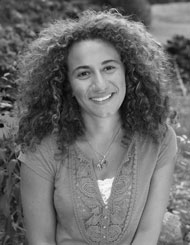 Chloe Maxmin is a recent Harvard College graduate. She became a climate activist when she was 12, forming the Climate Action Club in high school and galvanizing a grassroots movement in her community. At Harvard, she co-founded Divest Harvard and led the campaign for two years, during which time Divest Harvard grew from group of 3 into a movement of over 70,000 people. Chloe also founded First Here, Then Everywhere to empower youth climate activists. She has received national and international recognition for her activism, including being named a "Green Hero" by Rolling Stone and appearing on Real Time with Bill Maher. She writes for The Nation, The Crimson, and other media outlets. For more information, please visit www.firstheretheneverywhere.org, and follow her on Twitter at @chloemaxmin. 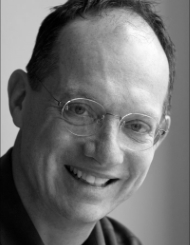 D.D. Guttenplan, the author of The Nation: A Biography is the magazine’s longtime London correspondent and co-editor of the Nation’s 150th anniversary special issue. His previous book, American Radical:The Life and Times of I.F. Stone was awarded the 2010 Sperber Prize for Biography.  His first book, The Holocaust on Trial, was described by the New Yorker as “a mixture of superb reportage and serious reflection.” He produced the acclaimed documentary film Edward Said: The Last Interview and is a frequent commentator on American culture and politics for the Guardian and the BBC. A former reporter for the International Herald Tribune and columnist for New York Newsday, his essays have appeared in The Atlantic, Granta, Harper's, The London Review of Books, the New York Times, the TLS, Vanity Fair and the Village Voice. Born in Virginia, he grew up in Massachusetts, New York, Pennsylvania, Florida and Tennessee, and currently lives in London and Guilford, Vermont. In 2011 he ran the Boston Marathon. 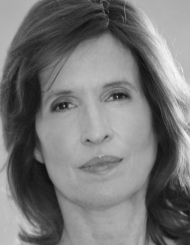 Katrina vanden Heuvel is editor and publisher of The Nation magazine. She is a frequent commentator on American and international politics for ABC, MSNBC, CNN and PBS. She writes a weekly web column for The Washington Post. She is the author of The Change I Believe In: Fighting for Progress in The Age of Obama. She is also the editor of Meltdown: How Greed and Corruption Shattered Our Financial System and How We Can Recover and co-editor of Taking Back America—And Taking Down The Radical Right. Vanden Heuvel has received awards for public service from numerous groups, including the Liberty Hill Foundation, North Star Fund, the Asian American Legal Defense Fund, the New York Civil Liberties Union and American Rights at Work's Eleanor Roosevelt Award. She serves on the boards of several organizations, including Campaign for America's Future, Institute for Policy Studies, The Nation Institute, The Roosevelt Institute, and The Four Freedoms Park Conservancy.