Harvard Book Store is excited to welcome award-winning (and local!) novelist and screenwriter TOM PERROTTA for a reading from his newest novel, The Leftovers.

What if—whoosh, right now, with no explanation—a number of us simply vanished?  Would some of us collapse? Would others of us go on, one foot in front of the other, as we did before the world turned upside down?

That’s what the bewildered citizens of Mapleton, who lost many of their neighbors, friends and lovers in the event known as the Sudden Departure, have to figure out. Because nothing has been the same since it happened—not marriages, not friendships, not even the relationships between parents and children.

Kevin Garvey, Mapleton’s new mayor, wants to speed up the healing process, to bring a sense of renewed hope and purpose to his traumatized community. Kevin’s own family has fallen apart in the wake of the disaster: his wife, Laurie, has left to join the Guilty Remnant, a homegrown cult whose members take a vow of silence; his son, Tom, is gone, too, dropping out of college to follow a sketchy prophet named Holy Wayne.  Only Kevin’s teenaged daughter, Jill, remains, and she’s definitely not the sweet “A” student she used to be.  Kevin wants to help her, but he’s distracted by his growing relationship with Nora Durst, a woman who lost her entire family on October 14th and is still reeling from the tragedy, even as she struggles to move beyond it and make a new start.

"Perrotta's popular breakthrough with Little Children received additional exposure from a well-received movie adaptation, and his latest has plenty of cinematic possibility as well. The premise is as simple as it is startling (certainly for the characters involved). Without warning, the Rapture has come to pass, 'the biblical prophecy came true, or at least partly true. People disappeared, millions of them at the same time, all over the world.' Yet the novel's focus isn't religious, and it really doesn't concern itself with what happened or why. Instead, as the title suggests, it deals exclusively with those left behind, how they deal with something few had anticipated and fewer had expected to experience. . . . Though the tone is more comic than tragic, it is mainly empathic, never drawing a distinction between 'good' and 'bad' characters, but recognizing all as merely human—ordinary people dealing with an extraordinary situation." —Kirkus Reviews 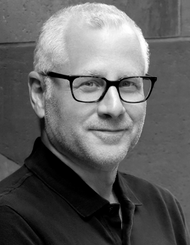 Tom Perrotta is the author of the novel Tracy Flick Can’t Win, plus nine other bestselling works of fiction, including Election and Little Children, both of which were made into critically acclaimed movies, and The Leftovers and Mrs. Fletcher, which were both adapted into HBO series. He lives outside Boston.