Tacky's Revolt:
The Story of an Atlantic Slave War

in conversation with JULIAN LUCAS

Harvard Book Store welcomes VINCENT BROWN—Charles Warren Professor of American History at Harvard University and author of The Reaper's Garden: Death and Power in the World of Atlantic Slavery—for a discussion of his latest book Tacky's Revolt: The Story of an Atlantic Slave War. He will be joined in conversation by JULIAN LUCAS, associate editor at Cabinet and contributing editor at The Point.

While payment is not required, we are suggesting a $3 contribution to support this author series, our staff, and the future of Harvard Book Store—a locally owned, independently run Cambridge institution. In addition, by purchasing a copy of Tacky's Revolt from our affiliate Bookshop page, you support indie bookselling and the writing community during this difficult time.

In the second half of the eighteenth century, as European imperial conflicts extended the domain of capitalist agriculture, warring African factions fed their captives to the transatlantic slave trade while masters struggled continuously to keep their restive slaves under the yoke. In this contentious atmosphere, a movement of enslaved West Africans in Jamaica (then called Coromantees) organized to throw off that yoke by violence. Their uprising―which became known as Tacky’s Revolt―featured a style of fighting increasingly familiar today: scattered militias opposing great powers, with fighters hard to distinguish from noncombatants. It was also part of a more extended borderless conflict that spread from Africa to the Americas and across the island. Even after it was put down, the insurgency rumbled throughout the British Empire at a time when slavery seemed the dependable bedrock of its dominion. That certitude would never be the same, nor would the views of black lives, which came to inspire both more fear and more sympathy than before.

Tracing the roots, routes, and reverberations of this event across disparate parts of the Atlantic world, Vincent Brown offers us a superb geopolitical thriller. Tacky’s Revolt expands our understanding of the relationship between European, African, and American history, as it speaks to our understanding of wars of terror today.

“Brilliant . . . groundbreaking . . . Brown’s profound analysis and revolutionary vision of the Age of Slave War—from the too-often overlooked Tacky’s Revolt to the better-known Haitian Revolution—gives us an original view of the birth of modern freedom in the New World.” —Cornel West

“Brown’s brilliant analysis reveals how slave rebellions across the Americas depended upon experienced combatants captured in African conflicts and then sold to Europeans, refuting the canard that slave traders gathered their victims randomly. While tracing the relationships between African warfare and uprisings in the Americas, Brown offers beautifully written portraits of those who survived the crushing forces of colonial imperialism and fought for freedom. Above all else, this astute and comprehensive book is about agency.” —Henry Louis Gates, Jr.

“A sobering read for contemporary audiences in countries engaged in forever wars, reminding us how easily and arbitrarily the edges of empire, and its evils, can fade from or focus our vision. It is also a useful reminder that the distinction between victory and defeat, when it comes to insurgencies, is often fleeting: Tacky may have lost his battle, but the enslaved did eventually win the war.” —Casey Cep, New Yorker 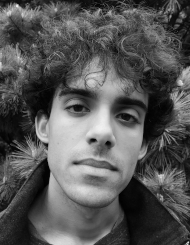 Julian Lucas is a writer and critic based in Brooklyn. His work focuses on the commemoration of slavery in computer games and reenactments. His essays and reviews have appeared in The New York Review of Books, The New Yorker, Harper’s, and The New York Times, where he is a contributing writer to the Book Review. He is an associate editor at Cabinet and contributing editor at The Point. 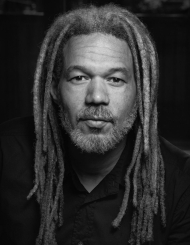 Vincent Brown is Charles Warren Professor of American History and Professor of African and African American Studies. He directs the History Design Studio and teaches courses in Atlantic history, African diaspora studies, and the history of slavery in the Americas. Brown is the author of The Reaper's Garden: Death and Power in the World of Atlantic Slavery and producer of Herskovits at the Heart of Blackness, an audiovisual documentary broadcast on the PBS series Independent Lens.