Think Like a Feminist:
The Philosophy Behind the Revolution

No Refuge:
Ethics and the Global Refugee Crisis

Harvard Book Store's virtual event series welcomes CAROL HAY—associate professor of philosophy at University of Massachusetts Lowell—and SERENA PAREKH—associate professor of philosophy at Northeastern University—for a discussion of their latest books, Think Like a Feminist: The Philosophy Behind the Revolution and No Refuge: Ethics and the Global Refugee Crisis.

While payment is not required, we are suggesting a $3 contribution to support this author series, our staff, and the future of Harvard Book Store—a locally owned, independently run Cambridge institution. In addition, by purchasing a copy of Think Like a Feminist and No Refuge on harvard.com, you support indie bookselling and the writing community during this difficult time.

Think Like a Feminist is an irreverent yet rigorous primer that unpacks over two hundred years of feminist thought. In a time when the word feminism triggers all sorts of responses, many of them conflicting and misinformed, Professor Carol Hay provides this balanced, clarifying, and inspiring examination of what it truly means to be a feminist today. She takes the reader from conceptual questions of sex, gender, intersectionality, and oppression to the practicalities of talking to children, navigating consent, and fighting for adequate space on public transit, without deviating from her clear, accessible, conversational tone. Think Like a Feminist is equally a feminist starter kit and an advanced refresher course, connecting longstanding controversies to today’s headlines.

Think Like a Feminist takes on many of the essential questions that feminism has risen up to answer: Is it nature or nurture that’s responsible for our gender roles and identities? How is sexism connected to racism, classism, homophobia, transphobia, and other forms of oppression? Who counts as a woman, and who gets to decide? Why have men gotten away with rape and other forms of sexual violence for so long? What responsibility do women themselves bear for maintaining sexism? What, if anything, can we do to make society respond to women’s needs and desires?

Ferocious, insightful, practical, and unapologetically opinionated, Think Like a Feminist is the perfect book for anyone who wants to understand the continuing effects of misogyny in society. By exploring the philosophy underlying the feminist movement, Carol Hay brings today’s feminism into focus, so we can deliberately shape the feminist future.

Syrians crossing the Mediterranean in ramshackle boats bound for Europe; Sudanese refugees, their belongings on their backs, fleeing overland into neighboring countries; children separated from their parents at the US/Mexico border—these are the images that the Global Refugee Crisis conjures to many. In the news we often see photos of people in transit, suffering untold deprivations in desperate bids to escape their countries and find safety. But behind these images, there is a second crisis—a crisis of arrival. Refugees in the 21st century have only three real options—urban slums, squalid refugee camps, or dangerous journeys to seek asylum—and none provide genuine refuge.

In No Refuge, political philosopher Serena Parekh calls this the second refugee crisis: the crisis of the millions of people who, having fled their homes, are stuck for decades in the dehumanizing and hopeless limbo of refugees camps and informal urban spaces, most of which are in the Global South. Ninety-nine percent of these refugees are never resettled in other countries. Their suffering only begins when they leave their war-torn homes. As Parekh urgently argues by drawing from numerous first-person accounts, conditions in many refugee camps and urban slums are so bleak that to make people live in them for prolonged periods of time is to deny them human dignity. It's no wonder that refugees increasingly risk their lives to seek asylum directly in the West.

Drawing from extensive first-hand accounts of life as a refugee with nowhere to go, Parekh argues that we need a moral response to these crises--one that assumes the humanity of refugees in addition to the challenges that states have when they accept refugees. Only once we grasp that the global refugee crisis has these two dimensions—the asylum crisis for Western states and the crisis for refugees who cannot find refuge—can we reckon with a response proportionate to the complexities we face. Countries and citizens have a moral obligation to address the structures that unjustly prevent refugees from accessing the minimum conditions of human dignity. As Parekh shows, there are ways we as citizens can respond to the global refugee crisis, and indeed we are morally obligated to do so.

“The best feminist work leaves you changed, unable to look at the world in the same way. Think Like a Feminist does this. Carol Hay provides historical perspective, political awareness, and philosophical insight to cut through confusions about feminism, giving us the tools of analysis and skills of engagement needed to build a more just world.” —Sally Haslanger, Ford Professor of Philosophy and Women’s and Gender Studies, Massachusetts Institute of Technology

“Carol Hay is a warm and witty guide through modern-day gender politics, welcoming novices and offering substance to those already with her in the trenches. This is the book to give the questioning young person or the cynical patriarch in your life, but also a good read for your feminist book club or radical action group.” —Alice MacLachlan, editor, Feminist Philosophy Quarterly

Praise for No Refuge

"This is an excellent book, accessible to ordinary citizens and valuable for philosophers as well. It provides a clear overview of the moral questions raised by refugees and explains effectively why it is important not to view this topic solely through the lens of immigration to Western states. It links this philosophical analysis to compelling narratives about the lives of refugees. No Refuge shows why all of us are responsible for the plight of refugees, why we have a duty to address this issue, and what we can do about it." —Joseph H. Carens, University of Toronto

"In this must-read book addressing one of the most urgent injustices of our age, Serena Parekh offers an empirically-grounded philosophical exploration of responsibilities towards refugees. Written with great clarity and sensitivity, this is real world philosophy at its finest. Now, more than ever, we need work like No Refuge. It demands a place on everyone's reading list." —Sarah Fine, King's College London 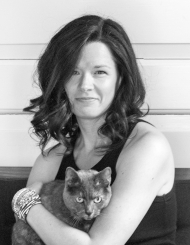 Carol Hay is an associate professor of philosophy at University of Massachusetts Lowell and author of the award-winning Kantianism, Liberalism, and Feminism: Resisting Oppression. She’s written for the New York Times, the Boston Globe, and Aeon magazine. She divides her time between Boston and San Francisco.

Serena Parekh is an Associate Professor of Philosophy at Northeastern University in Boston, where she directs the Politics, Philosophy, and Economics Program (PPE). Her primary philosophical interests are in social and political philosophy, feminist theory, and continental philosophy. Her newest book is No Refuge: Ethics and the Global Refugee Crisis.