Voice, Choice, and Action:
The Potential of Young Citizens to Heal Democracy

in conversation with ALEX KOTLOWITZ

Harvard Book Store's virtual event series welcomes FELTON EARLS—Professor Emeritus of Social Medicine at Harvard Medical School—and MARY CARLSON—former Associate Professor of Psychiatry (Neuroscience) at Harvard Medical School—for a discussion of their co-authored book, Voice, Choice, and Action: The Potential of Young Citizens to Heal Democracy. They will be joined in conversation by journalist ALEX KOTLOWITZ, author of the award-winning books There Are No Children Here and An American Summer: Love and Death in Chicago.

While payment is not required, we are suggesting a $3 contribution to support this author series, our staff, and the future of Harvard Book Store—a locally owned, independently run Cambridge institution. In addition, by purchasing a copy of Voice, Choice, and Action on harvard.com, you support indie bookselling and the writing community during this difficult time.

About Voice, Choice, and Action

Voice, Choice, and Action is the fruit of the extraordinary personal and professional partnership of a psychiatrist and a neurobiologist whose research and social activism have informed each other for the last thirty years. Inspired by the 1989 United Nations Convention on the Rights of the Child, Felton Earls and Mary Carlson embarked on a series of international studies that would recognize the voice of children. In Romania they witnessed the consequences of infant institutionalization under the Ceaușescu regime. In Brazil they encountered street children who had banded together to advocate effectively for themselves. In Chicago Earls explored the origins of prosocial and antisocial behavior with teenagers. Children all over the world demonstrated an unappreciated but powerful interest in the common good.

On the basis of these experiences, Earls and Carlson mounted a rigorous field study in Moshi, Tanzania, which demonstrated that young citizens could change attitudes about HIV/AIDS and mobilize their communities to confront the epidemic. The program, outlined in this book, promoted children’s communicative and reasoning capacities, guiding their growth as deliberative citizens. The program’s success in reducing stigma and promoting universal testing for HIV exceeded all expectations.

Here in vivid detail are the science, ethics, and everyday practice of fostering young citizens eager to confront diverse health and social challenges. At a moment when adults regularly profess dismay about our capacity for effective action, Voice, Choice, and Action offers inspiration and tools for participatory democracy.

Praise for Voice, Choice, and Action

“In this insightful and revelatory book, Earls, a psychiatrist, and Carlson, a neurobiologist—lifelong partners in work and love—sing a duet that blends empiricism and social activism, theory and practice, intellectual biography and interdisciplinarity. Their international journeys and projects, distinguished by scientific rigor, innovation, and discovery, offer strong evidence of the power and wisdom of children’s voices, raised in disciplined and deliberative discourse, to the building of a more inclusive and just democracy. Voice, Choice, and Action is at once a richly detailed narrative, a discerning analysis, a moral declaration, a rigorous roadmap, and an urgent call to action.” —Sara Lawrence-Lightfoot, Emily Hargroves Fisher Research Professor of Education, Harvard Graduate School of Education 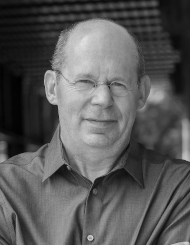 Alex Kotlowitz is the author of four books, including his most recent, An American Summer: Love and Death in Chicago. His other books include the national bestseller There Are No Children Here, which the New York Public Library selected as one of the 150 most important books of the twentieth century, and The Other Side of the River, which also received The Chicago Tribune’s Heartland Prize for Nonfiction. A former staff writer at The Wall Street Journal, Alex’s work has appeared in The New Yorker, The New York Times Magazine and on This American Life. 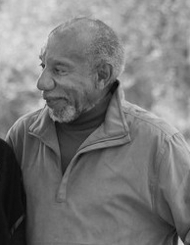 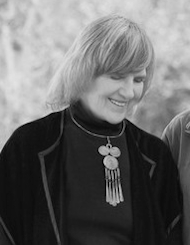 Mary (Maya) Carlson is Associate Professor of Psychiatry (Neuroscience), retired, at Harvard Medical School and a Research Associate Emerita of the Department of Psychiatry at Boston Children’s Hospital.