in conversation with SALLY WEN MAO

While payment is not required, we are suggesting a $3 contribution to support this author series, our staff, and the future of Harvard Book Store—a locally owned, independently run Cambridge institution. In addition, by purchasing a copy of Un-American on harvard.com, you support indie bookselling and the writing community during this difficult time.

Dancing between lyric and narrative, Hafizah Geter's debut collection moves readers through the fraught internal and external landscapes—linguistic, cultural, racial, familial—of those whose lives are shaped and transformed by immigration. The daughter of a Nigerian Muslim woman and a former Southern Baptist black man, Geter charts the history of a black family of mixed citizenships through poems imbued by migration, racism, queerness, loss, and the heartbreak of trying to feel at home in a country that does not recognize you. Through her mother's death and her father's illnesses, Geter weaves the natural world into the discourse of grief, human interactions, and socio-political discord. This collection thrums with authenticity and heart.

"Hafizah Geter's Un-American chronicles the haunting legacies of brutal loss written in blood and memory across continents—'together, slowly domesticating / our suffering.' The poems' narrative clarity edges against exile, and in gorgeous language deliver a trenchant testimony and understanding." —Khadijah Queen, author of Anodyne

"Hafizah Geter's Un-American reads like a high lyric conversation overheard. Poem after poem, the most ordinary of items—cups, cards, couches—get ratcheted up into their proper glory. In other words, Geter sees the world as a stage set for what she needs to tell her family but can't, what she needs to hear from her family but won't. And all of this is done with attention to what this one beautiful story says about the so-called American story." —Jericho Brown, author of The Tradition

"In Un-American, Hafizah Geter creates a new kind of portraiture. A family is slowly etched in relief in language both lush and exacting. This gorgeous debut troubles and reshapes notions of belonging against the backdrop of a country obsessed with its own exclusions, erasures, borders, institutions, and violence. Geter's poems simmer original forms of witness and resistance." —Claudia Rankine, author of Citizen 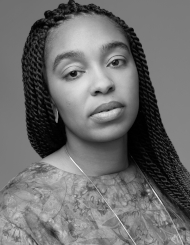 Born in Zaria, Nigeria, Hafizah Geter is the author of Un-American (Wesleyan University Press, 2020) and an editor whose poetry and prose have appeared in The New Yorker, Boston Review, Los Angeles Review of Books, and Longreads, among others. She lives in Brooklyn, New York. 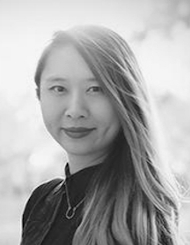 Sally Wen Mao is the author of the poetry collections Mad Honey Symposium and Oculus. Her work has won a Pushcart Prize and fellowships at Kundiman, George Washington University, and the New York Public Library Cullman Center.