The Next Shift:
The Fall of Industry and the Rise of Health Care in Rust Belt America

in conversation with KATRINA FORRESTER and CHARLES PETERSON

Harvard Book Store's virtual event series welcomes GABRIEL WINANT—celebrated writer and an assistant professor of History at the University of Chicago—for a discussion of his book The Next Shift: The Fall of Industry and the Rise of Health Care in Rust Belt America. He will be joined in conversation by KATRINA FORRESTER—assistant professor of Government and Social Studies at Harvard University—and CHARLES PETERSON, a senior editor at n+1.

While payment is not required, we are suggesting a $5 contribution to support this author series, our staff, and the future of Harvard Book Store—a locally owned, independently run Cambridge institution. In addition, by purchasing a copy of The Next Shift on harvard.com, you support indie bookselling and the writing community during this difficult time.

About The Next Shift

Pittsburgh was once synonymous with steel. But today most of its mills are gone. Like so many places across the United States, a city that was a center of blue-collar manufacturing is now dominated by the service economy—particularly health care, which employs more Americans than any other industry. Gabriel Winant takes us inside the Rust Belt to show how America’s cities have weathered new economic realities. In Pittsburgh’s neighborhoods, he finds that a new working class has emerged in the wake of deindustrialization.

As steelworkers and their families grew older, they required more health care. Even as the industrial economy contracted sharply, the care economy thrived. Hospitals and nursing homes went on hiring sprees. But many care jobs bear little resemblance to the manufacturing work the city lost. Unlike their blue-collar predecessors, home health aides and hospital staff work unpredictable hours for low pay. And the new working class disproportionately comprises women and people of color.

Today health care workers are on the front lines of our most pressing crises, yet we have been slow to appreciate that they are the face of our twenty-first-century workforce. The Next Shift offers unique insights into how we got here and what could happen next. If health care employees, along with other essential workers, can translate the increasing recognition of their economic value into political power, they may become a major force in the twenty-first century.

Praise for The Next Shift

“How the health-care industry replaced manufacturing while downgrading the quality of American middle-class life, furthering inequality, and fueling political bitter divisions is the welcome subject of Gabriel Winant’s The Next Shift . . . Winant weaves together a convincing argument that this downward mobility has been driven by a gendered and racist political economy that values many things—from retiree health care to CEO pay—more than care work by women and people of color.” —John W. Miller, Democracy

“Beautifully written, extensively researched, and sharply argued, The Next Shift offers a new way to think about the transformations often grouped together under the rubric of ‘neoliberalism.’ Winant sees deindustrialization not simply as a story of decline, but a story of the rise of a new kind of working class.” —Kimberly Phillips-Fein, author of Fear City: New York’s Fiscal Crisis and the Rise of Austerity Politics

“A sophisticated, politically pointed, and beautiful crafted book, The Next Shift chronicles both the erosion of the white male industrial working class and the ascendance of a service sector run by the labor of white women and men and women of color. But unlike most stories of industrial decline, Winant’s history bristles with hope for activism for the new world of work that has emerged.” —Eileen Boris, author of Making the Woman Worker: Precarious Labor and the Fight for Global Standards, 1919–2019 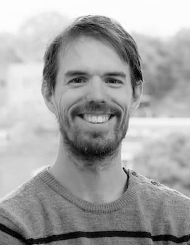 Charles Peterson is a senior editor at n+1 magazine, where he has worked since 2007. He is also a Klarman postdoctoral fellow in the society of fellows and the history department at Cornell University. He holds a PhD in American Studies from Harvard University and has written for n+1, the New York Times, the Wall Street Journal, and the New York Review of Books. He is currently at work on a book about the history of meritocracy and Silicon Valley.

Gabriel Winant is Assistant Professor of History at the University of Chicago. His writing about work, inequality, and capitalism in modern America has appeared in The Nation, The New Republic, Dissent, and n+1.