The Hispanic Republican:
The Shaping of an American Political Identity, from Nixon to Trump

in conversation with JONATHAN BLITZER

Harvard Book Store's virtual event series welcomes GERALDO CADAVA—associate professor of history and Latina and Latino studies at Northwestern University—for a discussion of his latest book, The Hispanic Republican: The Shaping of an American Political Identity, from Nixon to Trump. He will be joined in conversation by JONATHAN BLITZER, celebrated journalist and staff writer at the New Yorker.

While payment is not required, we are suggesting a $3 contribution to support this author series, our staff, and the future of Harvard Book Store—a locally owned, independently run Cambridge institution. In addition, by purchasing a copy of The Hispanic Republican on harvard.com, you support indie bookselling and the writing community during this difficult time.

About The Hispanic Republican

In the lead-up to every election cycle, pundits predict that Latino Americans will overwhelmingly vote in favor of the Democratic candidate. And it’s true—Latino voters do tilt Democratic. Hillary Clinton won the Latino vote in a “landslide,” Barack Obama “crushed” Mitt Romney among Latino voters in his reelection, and, four years earlier, the Democratic ticket beat the McCain-Palin ticket by a margin of more than two to one. But those numbers belie a more complicated picture. Because of decades of investment and political courtship, as well as a nuanced and varied cultural identity, the Republican party has had a much longer and stronger bond with Hispanics. How is this possible for a party so associated with draconian immigration and racial policies?

In The Hispanic Republican, historian and political commentator Geraldo Cadava illuminates the history of the millions of Hispanic Republicans who, since the 1960s, have had a significant impact on national politics. Intertwining the little understood history of Hispanic Americans with a cultural study of how post–World War II Republican politicians actively courted the Hispanic vote during the Cold War (especially Cuban émigrés) and during periods of major strife in Central America (especially during Iran-Contra), Cadava offers insight into the complicated dynamic between Latino liberalism and conservatism, which, when studied together, shine a crucial light on a rapidly changing demographic that will impact American elections for years to come.

Praise for The Hispanic Republican

“Geraldo Cadava’s history . . . provides a unique vantage point on US politics; on the shifting terrains of foreign policy, labor, and religion; and on the changing nature of specific states, as well as on deeper ideological fights over the soul of the country: is it to be an inclusive nation of immigrants, or, as the nativists today say, a country founded on white supremacy? An excellent, insightful study.” —Greg Grandin, professor of history at Yale University and author of The End of the Myth

“Geraldo Cadava offers a fascinating examination of the socioeconomic interests and foreign policy concerns that have drawn Hispanics/Latinos into a rapidly changing Republican Party. If readers harbor the mistaken idea that Hispanics are a monolithic voting bloc, this book should dispel this idea once and for all. Though the work is written for a general audience, even experts on Hispanic politics and voting behavior will find much that is new and surprising in these chapters.” —María Cristina García, author of The Refugee Challenge in Post–Cold War America 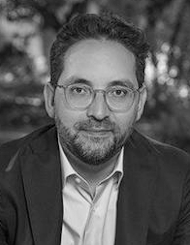 Geraldo Cadava is an associate professor of history and Latina and Latino studies at Northwestern University. He is the author of Standing on Common Ground. 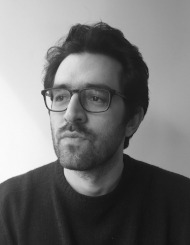 Jonathan Blitzer is a staff writer at The New Yorker. He won a 2017 National Award for Education Reporting for “American Studies,” a story about an underground school for undocumented immigrants. He has been a finalist three times for a Livingston Award, and is the recipient of an Edward R. Murrow Award as well as the 2018 Immigration Journalism Prize from the French-American Foundation. His writing and reporting have also appeared in the New York Times, The Atlantic, The Atavist, Oxford American, and The Nation.