Controlling Women:
What We Must Do Now to Save Reproductive Freedom

in conversation with MARY ZIEGLER

Harvard Book Store's virtual event series welcomes eminent legal scholars and reproductive rights activists JULIE F. KAY and KATHRYN KOLBERT for a discussion of their co-authored book, Controlling Women: What We Must Do Now to Save Reproductive Freedom. They will be joined in conversation by MARY ZIEGLER, renowned historian of the abortion debate in the United States.

While payment is not required, we are suggesting a $5 contribution to support this author series, our staff, and the future of Harvard Book Store—a locally owned, independently run Cambridge institution. In addition, by purchasing a copy of Controlling Women on harvard.com, you support indie bookselling and the writing community during this difficult time.

Reproductive freedom has never been in more dire straits. Roe v. Wade protected abortion rights and Planned Parenthood v. Casey unexpectedly preserved them. Yet in the following decades these rights have been gutted by restrictive state legislation, the appointment of hundreds of anti-abortion judges, and violence against abortion providers. Today, the ultra-conservative majority at the Supreme Court has activists, medical providers, and everyday Americans worry that we are about to lose our most fundamental reproductive protections.

When Roe is toppled, abortion may quickly become a criminal offense in nearly one-third of the United States. At least six states have enacted bans on abortion as early as six weeks of pregnancy—before many women are even aware they are pregnant. Today, 89% of U.S. counties do not have a single abortion provider, in part due to escalating violence and intimidation aimed at disrupting services. We should all be free to make these personal and private decisions that affect our lives and wellbeing without government interference or bias, but we can no longer depend on Roe v. Wade and the federal courts to preserve our liberties.

Legal titans Kathryn Kolbert and Julie F. Kay share the story of one of the most divisive issues in American politics through behind-the-scenes personal narratives of stunning losses, hard-earned victories, and moving accounts of women and health care providers at the heart of nearly five decades of legal battles. At this make-or-break moment for legal abortion in the United States, Kolbert and Kay propose audacious new strategies inspired by medical advances, state-level protections, human rights models, and activists across the globe whose courage and determination are making a difference.

No more banging our heads against the Court’s marble walls. It is time for a new direction.

“The story feels both old and new. The wins, the backlash—it’s exhausting. How many times do women have to shout their abortions? How many times do women have to demand to have a voice about our own skin? But while Kay and Kolbert provide a necessary and urgent primer on the history of reproductive rights in America, they don’t just end the story here in this moment, where reproductive rights are under attack like never before, they push the conversation forward. Instead of making their mission smaller, they are expanding the vision of reproductive justice to include 'healthcare for all,' better sex ed, expanding access to birth control, reducing sexual abuse, violence, and harassment, and reducing maternal deaths.” —Lyz Lenz, author of Belabored

"Urgent and timely. . . . Kolbert and Kay’s pressing, informative, and engaging book is leading the charge in the right direction." —Gloria Steinem

“Kathryn Kolbert and Julie F. Kay, unparalleled experts, have written a rich, smart, and engaging book about why reproductive freedom is the crux of women's rights and equality. It's essential reading for anyone concerned with the future of democracy.” —Soraya Chemaly, author of Rage Becomes Her 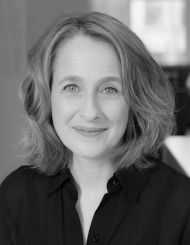 Julie F. Kay helped lay the groundwork for the legalization of abortion in Ireland through the first direct challenge to the country’s absolute ban on abortion before the European Court of Human Rights. Julie began her legal career at the Center for Reproductive Rights and has spent the ensuing decades developing innovative legal and policy initiatives to advance gender equality and religious freedom. 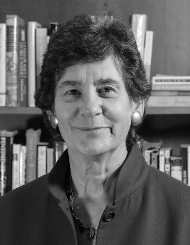 Kathryn Kolbert made her second appearance before the Supreme Court in 1992, arguing Planned Parenthood v. Casey. She co-founded the Center for Reproductive Rights. She founded NPR’s Justice Talking and the Athena Center for Leadership at Barnard College. 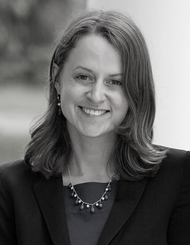 Mary Ziegler is one of the world’s leading historians of the abortion debate in the United States. She is the author of three books on social movement struggles around abortion, including the award-winning After Roe: The Lost History of the Abortion Debate (Harvard University Press, 2015). She often contributes to the Atlantic, CNN, the New York Times, PBS Newshour, and the Washington Post. Her latest book, Dollars for Life: The Anti-Abortion Movement and the Fall of the Republican Establishment, will be published by Yale University Press in the summer of 2022.