in conversation with G.R. MACALLISTER

While payment is not required, we are suggesting a $5 contribution to support this author series, our staff, and the future of Harvard Book Store—a locally owned, independently run Cambridge institution. In addition, by pre-ordering a copy of Fevered Star on harvard.com, you support indie bookselling and the writing community during this difficult time.

There are no tides more treacherous than those of the heart. —Teek saying

The great city of Tova is shattered. The sun is held within the smothering grip of the Crow God’s eclipse, but a comet that marks the death of a ruler and heralds the rise of a new order is imminent.

The Meridian: a land where magic has been codified and the worship of gods suppressed. How do you live when legends come to life, and the faith you had is rewarded?

As sea captain Xiala is swept up in the chaos and currents of change, she finds an unexpected ally in the former Priest of Knives. For the Clan Matriarchs of Tova, tense alliances form as far-flung enemies gather and the war in the heavens is reflected upon the earth.

And for Serapio and Naranpa, both now living avatars, the struggle for free will and personhood in the face of destiny rages. How will Serapio stay human when he is steeped in prophecy and surrounded by those who desire only his power? Is there a future for Naranpa in a transformed Tova without her total destruction?

Welcome back to the fantasy series of the decade in Fevered Star—book two of Between Earth and Sky.

"Absolutely tremendous. Roanhorse knocks it out of the park again with an epic tale about duty and destiny that will sweep readers away and broaden the horizons of an entire genre."—S.A. Chakraborty, nationally bestselling author of The City of Brass.

“This is a brilliant world that shows the full panoply of human grace and depravity. Rebecca Roanhorse is the epic voice of our continent and time.”—Ken Liu, award-winning author of The Grace of Kings 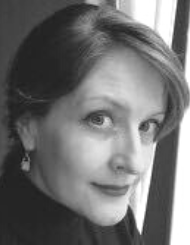 G.R. Macallister, author of the Five Queendoms series, also writes bestselling historical fiction under the name Greer Macallister. Her novels have been named Indie Next, LibraryReads, and Amazon Best Book of the Month picks and optioned for film and television. A regular contributor to Writer Unboxed and the Chicago Review of Books, she lives with her family in Washington, DC. Scorpica is her epic fantasy debut. 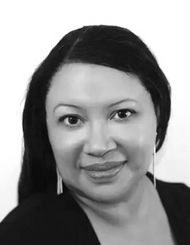 Rebecca Roanhorse is a New York Times bestselling and Nebula, Hugo, and Locus Award-winning speculative fiction writer and the recipient of the 2018 Astounding (Campbell) Award for Best New Writer. She has published multiple award-winning short stories and five novels, including two in The Sixth World Series, Star Wars: Resistance Reborn, Race to the Sun for the Rick Riordan imprint, and her latest novel, the epic fantasy Black Sun. She lives in Northern New Mexico with her husband, daughter, and pup.