Zero to Birth:
How the Human Brain Is Built

in conversation with JOSHUA SANES

Harvard Book Store, the Harvard University Division of Science, and the Harvard Library welcome acclaimed neuroscientist W. A. HARRIS for a discussion of his new book Zero to Birth: How the Human Brain Is Built. He will be joined in conversation by JOSHUA SANES—Professor of Molecular and Cellular Biology at Harvard University.

While payment is not required, we are suggesting a $5 contribution to support this author series, our staff, and the future of Harvard Book Store—a locally owned, independently run Cambridge institution. In addition, by pre-ordering a copy of Zero to Birth on harvard.com, you support indie bookselling and the writing community during this difficult time.

About Zero to Birth

By the time a baby is born, its brain is equipped with billions of intricately crafted neurons wired together through trillions of interconnections to form a compact and breathtakingly efficient supercomputer. Zero to Birth takes you on an extraordinary journey to the very edge of creation, from the moment of an egg’s fertilization through each step of a human brain’s development in the womb―and even a little beyond.

As pioneering experimental neurobiologist W. A. Harris guides you through the process of how the brain is built, he takes up the biggest questions that scientists have asked about the developing brain, describing many of the thrilling discoveries that were foundational to our current understanding. He weaves in a remarkable evolutionary story that begins billions of years ago in the Proterozoic eon, when multicellular animals first emerged from single-cell organisms, and reveals how the growth of a fetal brain over nine months reflects the brain’s evolution through the ages. Our brains have much in common with those of other animals, and Harris offers an illuminating look at how comparative animal studies have been crucial to understanding what makes a human brain human.

An unforgettable chronicle of one of nature’s greatest achievements, Zero to Birth describes how the brain’s incredible feat of orchestrated growth ensures that every brain is unique, and how breakthroughs at the frontiers of science are helping us to decode many traits that only reveal themselves later in life.

Praise for Zero to Birth

“Harris’s engaging account of human brain development moves with dispatch through the key experiments in the field. His tone is warm and welcoming as he shares his wonder at discoveries already made and his optimism about those still to come. Harris captures the excitement, dare I say joy, of these discoveries in a way that is accessible to all readers.” ―Susan E. Fahrbach, author of Developmental Neuroscience

“During the past hundred years, developmental biologists have discovered many of the astonishingly cunning and counterintuitive secrets of how a mere fertilized egg develops into a baby with all its immense numbers of parts in all the right places. This is the magical story Harris tells in this authoritative book.” ―Patricia S. Churchland, author of Braintrust: What Neuroscience Tells Us about Morality

“Harris takes readers on a journey across space and time in the unfolding multiverse inside the fetal head. Combining humor with state-of-the-art science, he tells the stories of the scientists who pushed the frontiers of our understanding and crafts a tale that conveys extensive knowledge and leaves you smiling.” ―Moriah E. Thomason, PhD, New York University Grossman School of Medicine 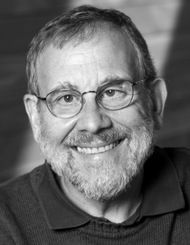 Dr. Joshua Sanes served on the faculty of Washington University for over 20 years, before returning to Harvard in 2004 as Professor of Molecular and Cellular Biology and founding Director of the Center for Brain Science. He is a member of the National Academy of Sciences and the American Academy of Arts and Sciences and served on the planning committee for the NIH BRAIN Initiative. 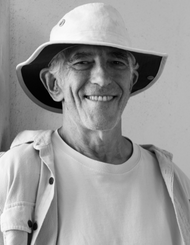 W. A. Harris got his BA from the University of California Berkeley, and his PhD from Caltech. He served as a faculty member of UCSD for almost two decades, then in 1997 he joined Cambridge University where he was Head of the Department of Physiology Development and Neuroscience until his retirement in 2018. He is a fellow of the Royal Society. His research and publications have focused on the development of the nervous system.