White Space, Black Hood:
Opportunity Hoarding and Segregation in the Age of Inequality

in conversation with TOMIKO BROWN-NAGIN

Harvard Book Store's virtual event series welcomes SHERYLL CASHIN—the Carmack Waterhouse Professor of Law, Civil Rights and Social Justice at Georgetown University—for a discussion of her latest book, White Space, Black Hood: Opportunity Hoarding and Segregation in the Age of Inequality. She will be joined in conversation by TOMIKO BROWN-NAGIN, Dean of the Radcliffe Institute for Advanced Study, the Daniel P.S. Paul Professor of Constitutional Law at Harvard Law School, and Professor of History at Harvard University’s Faculty of Arts and Sciences.

While payment is not required, we are suggesting a $5 contribution to support this author series, our staff, and the future of Harvard Book Store—a locally owned, independently run Cambridge institution. In addition, by purchasing a copy of White Space, Black Hood on harvard.com, you support indie bookselling and the writing community during this difficult time.

The iconic Black hood, like slavery and Jim Crow, is a peculiar American institution animated by the ideology of white supremacy. Politicians and people of all colors propagated “ghetto” myths to justify racist policies that concentrated poverty in the hood and created high-opportunity white spaces. In White Space, Black Hood, Sheryll Cashin traces the history of anti-Black residential caste—boundary maintenance, opportunity hoarding, and stereotype-driven surveillance—and unpacks its current legacy so we can begin the work to dismantle the structures and policies that undermine Black lives.

Drawing on nearly 2 decades of research in cities including Baltimore, St. Louis, Chicago, New York, and Cleveland, Cashin traces the processes of residential caste as it relates to housing, policing, schools, and transportation. She contends that geography is now central to American caste. Poverty-free havens and poverty-dense hoods would not exist if the state had not designed, constructed, and maintained this physical racial order.

Cashin calls for abolition of these state-sanctioned processes. The ultimate goal is to change the lens through which society sees residents of poor Black neighborhoods from presumed thug to presumed citizen, and to transform the relationship of the state with these neighborhoods from punitive to caring. She calls for investment in a new infrastructure of opportunity in poor Black neighborhoods, including richly resourced schools and neighborhood centers, public transit, Peacemaker Fellowships, universal basic incomes, housing choice vouchers for residents, and mandatory inclusive housing elsewhere.

“In this brilliant and nuanced new volume, Sheryll Cashin exposes the ways in which American policy decisions, from the early twentieth century to the present, have constructed a ‘residential caste system’ resulting in the entrapment of Black people in high-poverty neighborhoods while ‘overinvesting in affluent white spaces.’ Riveting and beautifully written, White Space, Black Hood convinces the reader of the centrality of geography in economic and social inequality. Cashin’s meticulously researched study will provide critically important information for scholars while being accessible to all readers.” —Henry Louis Gates, Jr.

“For anyone wondering if we have castes in the United States, White Space, Black Hood is the book for you. In pulling back the curtain on how residential segregation creates caste for some and economic profit for others, Cashin offers a clear-eyed view of the precarity of our present and provides a path toward a more equitable future. A scholar of segregation who has devoted her career to thinking about how we can find community across divides of all kinds, Cashin has written a book you will most definitely want to read.” —Noliwe Rooks, author of Cutting School: The Segrenomics of American Education

“We need Sheryll Cashin’s scholarship to make sense of the racial inequalities that mar every urban community, and we need her vision to guide us to a more equal society. Illuminating, compassionate, and engrossing, White Space, Black Hood is an instant classic.” —Heather McGhee, author of The Sum of Us: What Racism Costs Everyone and How We Can Prosper Together 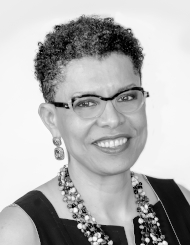 Sheryll Cashin is an acclaimed author who writes about the US struggle with racism and inequality. Her books have been nominated for the NAACP Image Award for Nonfiction, the Hurston/Wright Legacy Award for Nonfiction, and an Editors’ Choice in the New York Times Book Review. Cashin is the Carmack Waterhouse Professor of Law, Civil Rights and Social Justice at Georgetown University and an active member of the Poverty and Race Research Action Council. A law clerk to US Supreme Court justice Thurgood Marshall, Cashin also worked in the Clinton White House as an advisor on community development in inner-city neighborhoods. She is a contributing editor for Politico Magazine and currently resides in Washington, DC, with her husband and twin sons. 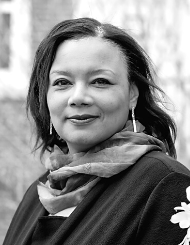 Tomiko Brown-Nagin is dean of Harvard Radcliffe Institute, one of the world’s leading centers for interdisciplinary research across the humanities, sciences, social sciences, arts, and professions. Her 2011 book, Courage to Dissent: Atlanta and the Long History of the Civil Rights Movement, won six awards, including the Bancroft Prize in U.S. History. In her new book, Civil Rights Queen: Constance Baker Motley and the Struggle for Equality, Brown-Nagin explores the life and times of Constance Baker Motley, the pathbreaking lawyer, politician, and judge. In 2019, Brown-Nagin was appointed chair of the Presidential Committee on Harvard and the Legacy of Slavery, which is anchored at the Radcliffe Institute.