The Dragons, the Giant, the Women:
A Memoir

in conversation with DeWANDA WISE

Harvard Book Store's virtual event series welcomes WAYÉTU MOORE—author of the acclaimed novel She Would Be King—for a discussion of her new memoir, The Dragons, the Giant, the Women. She will be joined in conversation by actress DeWANDA WISE.

While payment is not required, we are suggesting a $3 contribution to support this author series, our staff, and the future of Harvard Book Store—a locally owned, independently run Cambridge institution. In addition, by purchasing a copy of The Dragons, the Giant, the Women on harvard.com, you support indie bookselling and the writing community during this difficult time.

About The Dragons, the Giant, the Women

When Wayétu Moore turns five years old, her father and grandmother throw her a big birthday party at their home in Monrovia, Liberia, but all she can think about is how much she misses her mother, who is working and studying in faraway New York. Before she gets the reunion her father promised her, war breaks out in Liberia. The family is forced to flee their home on foot, walking and hiding for three weeks until they arrive in the village of Lai. Finally, a rebel soldier smuggles them across the border to Sierra Leone, reuniting the family and setting them off on yet another journey, this time to the United States.

Spanning this harrowing journey in Moore’s early childhood, her years adjusting to life in Texas as a black woman and an immigrant, and her eventual return to Liberia, The Dragons, the Giant, the Women is a deeply moving story of the search for home in the midst of upheaval. Moore has a novelist’s eye for suspense and emotional depth, and this unforgettable memoir is full of imaginative, lyrical flights and lush prose. In capturing both the hazy magic and the stark realities of what is becoming an increasingly pervasive experience, Moore shines a light on the great political and personal forces that continue to affect many migrants around the world, and calls us all to acknowledge the tenacious power of love and family.

Praise for The Dragons, the Giant, the Women

“A propulsive, heart-rending memoir of love and war and peace. . . . The Dragons, The Giant, the Women is a major contribution to the new literature of African immigration.” ―Namwali Serpell

“Building to a thrumming crescendo, the pages almost fly past. Readers will be both enraptured and heartbroken by Moore’s intimate yet epic story of love for family and home.” ―Publishers Weekly, starred review

“Wayétu Moore stretches the art of writing on family, war, and movement to mythical heights with her otherworldly poeticism.” ―Morgan Jerkins 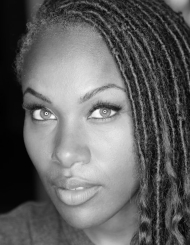 Critically acclaimed actor DeWanda Wise is perhaps most known for her work as Nola Darling, the titular character of Spike Lee’s Netflix adaptation of She’s Gotta Have It. An honors graduate of NYU’s Tisch School, her credits include work across mediums, and her advocacy work centers on mental health. Up next, she will star in Jurassic World: Dominion. 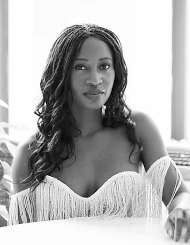 Wayétu Moore is the author of She Would Be King and the founder of One Moore Book. She is a graduate of Howard University, Columbia University, and the University of Southern California. She lives in Brooklyn, New York.

Though our doors are temporarily closed to the public, Harvard Book Store’s award-winning event series continues online! See our listings for our upcoming virtual events.