A convention-defying novel by bestselling writer Walter Mosley, John Woman recounts the transformation of an unassuming boy named Cornelius Jones into John Woman, an unconventional history professor―while the legacy of a hideous crime lurks in the shadows.

At twelve years old, Cornelius, the son of an Italian-American woman and an older black man from Mississippi named Herman, secretly takes over his father’s job at a silent film theater in New York’s East Village. Five years later, as Herman lives out his last days, he shares his wisdom with his son, explaining that the person who controls the narrative of history controls their own fate. After his father dies and his mother disappears, Cornelius sets about reinventing himself―as Professor John Woman, a man who will spread Herman’s teachings into the classrooms of his unorthodox southwestern university and beyond. But there are other individuals who are attempting to influence the narrative of John Woman, and who might know something about the facts of his hidden past.

Engaging with some of the most provocative ideas of recent intellectual history, John Woman is a compulsively readable, deliciously unexpected novel about the way we tell stories, and whether the stories we tell have the power to change the world.

"Mosley is at his commanding, comfort-zone-blasting best in this heady tale of a fugitive genius. His hero’s lectures are marvels of intellectual pyrotechnics and provocative inquiries; intense sex scenes raise questions about gender roles and intimacy; and John Woman’s increasingly drastic predicament and complex moral quandary precipitate arresting insights into race, freedom, power, and the stories we tell to try to make sense of the ceaseless torrent of human conflict and desire" ―Booklist

“Offbeat and insightful . . . Fast paced but still full of provocative questions about society, the story grounds the wilder aspects of its plot by providing a fascinating cast of endearing characters. Mosley’s novel is one to savor, and an unpredictable, unabashedly strange good time.” ―Publishers Weekly 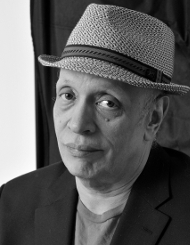 Walter Mosley is the author of more than fifty critically acclaimed books, including the major bestselling mystery series featuring Easy Rawlins. His work has been translated into twenty-five languages and includes literary fiction, science fiction, political monographs, and a young adult novel. In 2013, he was inducted into the New York State Writers Hall of Fame, and he is the winner of numerous awards, including an O. Henry Award, the Mystery Writers of America’s Grand Master Award, a Grammy, and PEN America’s Lifetime Achievement Award. He lives in New York City.

Tickets are available online only at harvard.com and harvardbookstore.eventbrite.com. All tickets for this event include a $5 coupon for use in the bookstore. Pre-sale tickets include a copy of John Woman. Books bundled with pre-sale tickets may only be picked up at the venue the night of the event, and cannot be picked up in-store beforehand.