Streetfight:
Handbook for an Urban Revolution

in conversation with JEROLD KAYDEN

Harvard Book Store welcomes New York City’s former transportation commissioner JANETTE SADIK-KHAN and JEROLD KAYDEN, Frank Backus Williams Professor of Urban Planning and Design at the Harvard University Graduate School of Design, for a discussion of Sadik-Khan's book Streetfight: Handbook for an Urban Revolution, an empowering road map for rethinking, reinvigorating, and redesigning our cities, from a pioneer in the movement for safer, more livable streets.

As New York City’s transportation commissioner, Janette Sadik-Khan managed the seemingly impossible and transformed the streets of one of the world’s greatest, toughest cities into dynamic spaces safe for pedestrians and bikers. Her approach was dramatic and effective: Simply painting a part of the street to make it into a plaza or bus lane not only made the street safer, but it also lessened congestion and increased foot traffic, which improved the bottom line of businesses. Real-life experience confirmed that if you know how to read the street, you can make it function better by not totally reconstructing it but by reallocating the space that’s already there.

Breaking the street into its component parts, Streetfight demonstrates, with step-by-step visuals, how to rewrite the underlying “source code” of a street, with pointers on how to add protected bike paths, improve crosswalk space, and provide visual cues to reduce speeding. Achieving such a radical overhaul wasn’t easy, and Streetfight pulls back the curtain on the battles Sadik-Khan won to make her approach work. She includes examples of how this new way to read the streets has already made its way around the world, from pocket parks in Mexico City and Los Angeles to more pedestrian-friendly streets in Auckland and Buenos Aires, and innovative bike-lane designs and plazas in Austin, Indianapolis, and San Francisco. Many are inspired by the changes taking place in New York City and are based on the same techniques. Streetfight deconstructs, reassembles, and reinvents the street, inviting readers to see it in ways they never imagined.

“Janette Sadik-Khan is like the child that Robert Moses and Jane Jacobs never had: an urban visionary determined to reshape the streets of New York, but with an abiding concern for the health of neighborhoods and the safety of their residents. If you care about the future of cities, read Streetfight.” —Michael Bloomberg, former New York City Mayor

“[Sadik-Khan is] an urban visionary who cuts through the gridlock.”—Slate 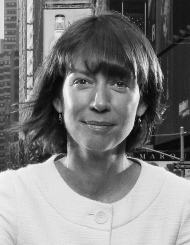 Janette Sadik-Khan is internationally recognized for her expertise in transportation issues, public policy development, and innovative finance. As New York City's transportation comissioner from 2007 to 2013, she implemented an ambitious program to improve safety, mobility, and sustainability. Now a principal with Bloomberg Associates, she works with mayors around the world to reimagine and redesign their cities. 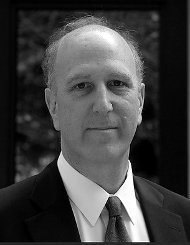 Jerold Kayden is the Frank Backus Williams Professor of Urban Planning and Design at the Harvard University Graduate School of Design. He previously served as Co-Chair of the Department of Urban Planning and Design and as Director of the Master in Urban Planning Degree Program. His research and teaching focus on the relationship between law and the built environment and public-private urban development.  His books include Privately Owned Public Space: The New York City Experience; Landmark Justice: The Influence of William J. Brennan on America's Communities; and Zoning and the American Dream: Promises Still To Keep.