Harvard Book Store's virtual event series welcomes GUY P. RAFFA—associate professor of Italian Studies at The University of Texas at Austin—for a discussion of his latest book Dante's Bones: How a Poet Invented Italy. He will be joined in conversation by bestselling novelist MATTHEW PEARL, author of The Dante Club and The Dante Chamber.

While payment is not required, we are suggesting a $3 contribution to support this author series, our staff, and the future of Harvard Book Store—a locally owned, independently run Cambridge institution. In addition, by purchasing a copy of Dante's Bones on harvard.com, you support indie bookselling and the writing community during this difficult time.

Dante, whose Divine Comedy gave the world its most vividly imagined story of the afterlife, endured an extraordinary afterlife of his own. Exiled in death as in life, the Florentine poet has hardly rested in peace over the centuries. Like a saint’s relics, his bones have been stolen, recovered, reburied, exhumed, examined, and, above all, worshiped. Actors in this graveyard history range from Lorenzo de’ Medici, Michelangelo, and Pope Leo X to the Franciscan friar who hid the bones, the stone mason who accidentally discovered them, and the opportunistic sculptor who accomplished what princes, popes, and politicians could not: delivering to Florence a precious relic of the native son it had banished.

In Dante’s Bones, Guy Raffa narrates for the first time the complete course of the poet’s hereafter, from his death and burial in Ravenna in 1321 to a computer-generated reconstruction of his face in 2006. Dante’s posthumous adventures are inextricably tied to major historical events in Italy and its relationship to the wider world. Dante grew in stature as the contested portion of his body diminished in size from skeleton to bones, fragments, and finally dust: During the Renaissance, a political and literary hero in Florence; in the nineteenth century, the ancestral father and prophet of Italy; a nationalist symbol under fascism and amid two world wars; and finally the global icon we know today.

“Dante Alighieri changed literature forever by reimagining the afterlife, and Dante’s Bones now captures Dante’s afterlife in a way that has never been done. Adeptly guiding us through medieval politics as well as modern science, Guy Raffa achieves the elusive accomplishment of vividly bringing Dante to life through his death.” —Matthew Pearl, author of The Dante Club

“Dante’s Bones is at once a vivid retelling of Dante’s fortunes in the centuries following his death and an important work of historical scholarship. Guy Raffa’s deft prose illuminates the enduring contest over the great poet’s mortal remains, providing a remarkable instance―by turns comical, deadly serious, and always captivating―of the appropriation of literary genius for political and cultural purposes.” —Albert Ascoli, author of Dante and the Making of a Modern Author

“Dante’s Bones is an enormous gift to readers and scholars of the poet and Italian history. With intensive scholarship in a wide variety of fields as his loom, Raffa has woven a fascinating tapestry out of 700 years of guarding, stealing, hiding, maintaining, studying, celebrating, debating, and claiming the material form and symbolic meaning of Dante’s remains.” —Arielle Saiber, author of Measured Words 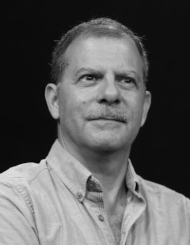 Guy P. Raffa is Associate Professor of Italian Studies at The University of Texas at Austin. His previous books include The Complete Danteworlds: A Reader’s Guide to the Divine Comedy and Divine Dialectic: Dante’s Incarnational Poetry. His work has been supported by the National Endowment for the Humanities and highlighted in the New Yorker and Los Angeles Times. 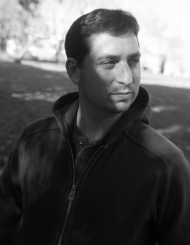 Matthew Pearl is the New York Times bestselling author of The Dante Club, The Poe Shadow, The Last Dickens, The Technologists, The Last Bookaneer, and The Dante Chamber, and the editor of the Modern Library editions of Dante’s Inferno (translated by Henry Wadsworth Longfellow) and Edgar Allan Poe’s The Murders in the Rue Morgue: The Dupin Tales. His books have been translated into more than thirty languages, and his nonfiction writing has appeared in the New York Times, the Wall Street Journal, the Boston Globe, and Slate.