We the Possibility:
Harnessing Public Entrepreneurship to Solve Our Most Urgent Problems

Harvard Book Store's virtual event series welcomes MITCHELL WEISS—Professor of Management Practice in the Entrepreneurial Management unit at Harvard Business School—for a discussion of his book We the Possibility: Harnessing Public Entrepreneurship to Solve Our Most Urgent Problems. He will be joined in conversation by author and national security analyst JULIETTE KAYYEM.

While payment is not required, we are suggesting a $3 contribution to support this author series, our staff, and the future of Harvard Book Store—a locally owned, independently run Cambridge institution. In addition, by purchasing a copy of We the Possibility on harvard.com, you support indie bookselling and the writing community during this difficult time.

About We the Possibility

The huge challenges we face are daunting indeed: climate change, crumbling infrastructure, declining public education and social services. At the same time, we've come to accept the sad notion that government can't do new things or solve tough problems—it's too big, too slow, and mired in bureaucracy.

Not so, says former public official, now Harvard Business School professor, Mitchell Weiss. The truth is, entrepreneurial spirit and savvy in government are growing, transforming the public sector's response to big problems at all levels. The key, Weiss argues, is a shift from a mindset of Probability Government—overly focused on safe solutions and mimicking so-called best practices—to Possibility Government. This means public leadership and management that's willing to boldly imagine new possibilities and to experiment.

Weiss shares the three basic tenets of this new way of governing:

The lessons unfold in the timely episodes Weiss has seen and studied: the US Special Operations Command prototyping of a hoverboard for chasing pirates; a heroin hackathon in opioid-ravaged Cincinnati; a series of experiments in Singapore to rein in Covid-19; among many others.

At a crucial moment in the evolution of government's role in our society, We the Possibility provides inspiration and a positive model, along with crucial guardrails, to help shape progress for generations to come.

Praise for We the Possibility

"In We the Possibility, Mitchell Weiss offers a myriad of examples that show how to make our government operate better at a time when we most need it. This compelling book is well worth a read." —Penny Pritzker, entrepreneur; former US Secretary of Commerce

"In a sector crying out for innovation but where politics punishes failure, Mitch Weiss shows us how and why thoughtful risk-taking in public policy and government is the path to a hopeful future." —Deval Patrick, former Governor of Massachusetts

"We the Possibility is an important book for bending the arc of progress toward public good. A must-read for public-sector leaders looking to build bridges between government and top innovators in science and technology." —Ash Carter, Director, Belfer Center for Science and International Affairs, Harvard Kennedy School; former US Secretary of Defense 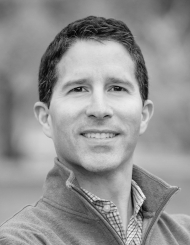 Mitchell Weiss is a Professor of Management Practice in the Entrepreneurial Management unit and the Richard L. Menschel Faculty Fellow at Harvard Business School. He created and teaches the school's course on Public Entrepreneurship. He also teaches The Entrepreneurial Manager course in the first year of the MBA Program. Prior to joining HBS in 2014, Mitch was Chief of Staff and a partner to Boston's Mayor Thomas Menino. During this time, he co-founded the Mayor's Office of New Urban Mechanics.